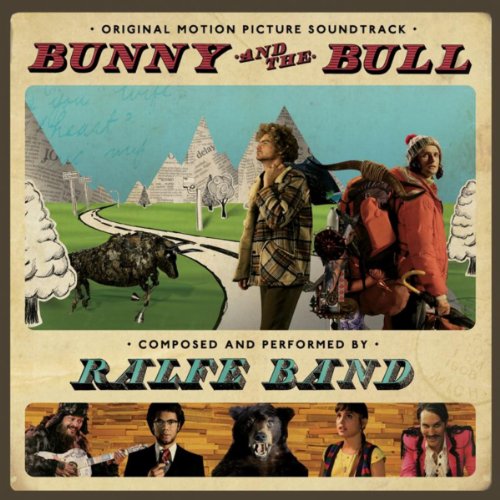 Together, Bunny and the Bull and the Original Soundtrack make com­plete sense. The film, from the director of The Mighty Boosh, is a comedy road movie set entirely in a flat. A heartfelt journey to the end of the room, Bunny and the Bull is a story of love, disillusionment and globalised seafood.

With this in mind, Ralfe Band has excelled in taking the offbeat comedy idea and creating the perfect soundtrack for the aesthetic of the film. Oly Ralfe noticed “a dusty, archaic look to some scenes, which suited an old piano,” so the piano was left outside in the snow to make it more of a truly weathered sound. Their dedication has created a hilariously immersive album.

Bunny and the Bull is more of a dedicated sound­track rather than songs you might listen to off the cuff, so if vocals are more your thing try Fiesta Song, an indie-folk track. There’s something for everyone as “it’s a road trip and the music has different ingredients, so we were able to draw on that depending on where they were in Europe.”