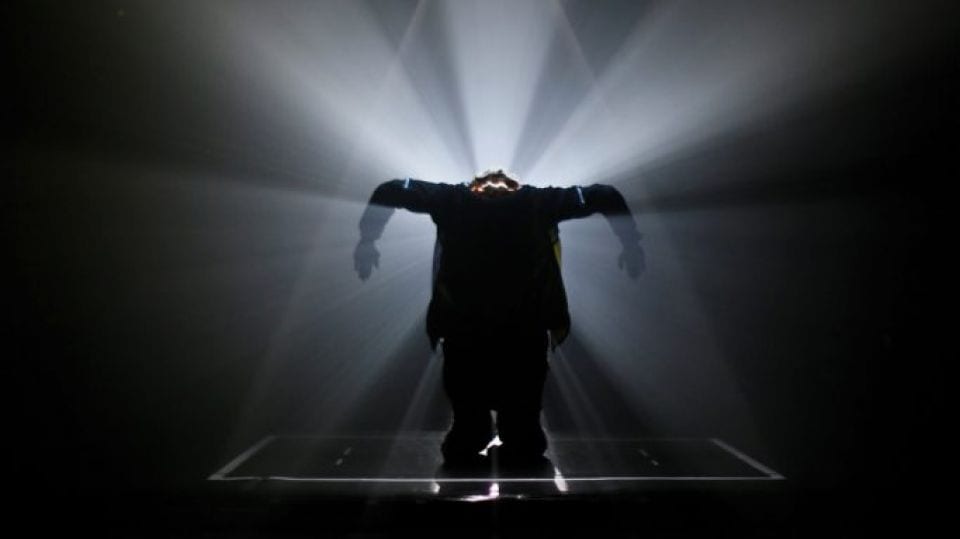 The work of British choreographer and multi-disciplinary artist Darren Johnston is rooted in technology and experimentation. However, it has also long been informed by Eastern ritual practices – the ancient and the spiritual. Johnston explains: “The idea of ritual has been present in my work for a while; I always see it as ritualistic performance in a sense, which has opened up a lot of investigation into Eastern culture.” These explorations have taken many forms, including an individual journey into meditation and a residency in Kochi, Japan, to research ideas around rebirth.

Whilst undertaking this residency, Johnston immersed himself into the circulated ideas of reincarnation, joining the Shikoku Henro, a pilgrimage to 88 temples that celebrate sacred spaces, and also ignited a fascination with Buddhist architecture. Amidst such spiritual settings, he remained committed to creating a piece that utilised technology: “I wanted the piece to have a contemporary feel but I wanted it to have this very classical, spiritual foundation. A lot of the challenges for me were how to explore these sacred, ceremonial ideas but with a technological output.” However, the two aspects are not necessarily counter-intuitive. The combination of the sacred with the modern is, in itself, evocative of Japan and Japanese culture on a larger scale.

Johnston agrees: “That paradox is really apparent when you enter the country, especially Tokyo. It’s such a thriving metropolis of sound and stimulation and it’s so technologically advanced, but then at the heart of that you only have to walk down certain districts and turn around certain corners, enter a gate and you’re in a very old, traditional temple.” He describes it as a place that has both “chaos and order.” The use of this phrasing is significant: these are the two principles of entropy in Zero Point, a production in which di erent sources of energy are fused together. The term “zero point” is used in Buddhism to express something similar to the desired state of empty consciousness – the moment between inhalation and exhalation. It’s also used in physics: “In quantum physics it’s based on the idea of energy in a resting stage.” There are clear parallels here between the spiritual and the scientific: both express a similar concept through the use of different semantics. Both pare down to a molecular, organic level, considering life as something that can be paced. It makes sense then that this might offer up something interesting to a choreographer.

Some of the influences that Johnston drew upon for this new venture include the practices of Tai Chi and Qigong, both movement-based disciplines focused on breath and finding clarity. He explains that “In Qigong and Tai Chi there is a sense of controlling energy to power movement. I liked this idea because it started connecting to the quantum physics notion of stillness. I think the movements became the core foundations for the production.” This concept extends beyond simple physical application in Johnston’s piece: the use of light and sound also adhere to ground-state forms. Johnston worked with pioneering Canadian musician Tim Hecker to create the audio design: “With this piece in particular, the sound became quite an important conceptual exploration. Since the basis for the work was Zen, minimalism and the idea of nothingness, I wanted to eradicate any unnecessary music.” Hecker is known for collaborating with artists to incorporate sound in a more abstract way and, indeed, Johnston wanted to avoid the more “obvious, literal, emotional connotations of music.” Of Hecker’s music, he says: “It has almost a physicality about it because of the low-end frequency, the bass frequency; it really gets inside your body and it is an undeniable way to stimulate dancers. It’s almost like it is powering their movements.”

The sound is simultaneously poignant and minimal. Johnson talks about “clearing away everything to the bare nothing.” He mentions the Japanese word ma (間) (also) – the idea, mostly in design and architecture, of space between form. “In music, ma is almost as if the silence that surrounds scores. For me, it is as important as the sound.” As the root of meditation, “there’s a kind of bliss in that emptiness.”

“Space between form” is a phrase that could just as easily be applied to the concept of zero point, minimalism or even geometric gesture in the movements of the human body. The concept is infused throughout the piece, not only in the musical structure, but in the construction of the set as well. Beams of light are forged in straight lines around the fluctuating forms of bodies – the darkness between the steps is as crucial as the accentuated gestures. Cycles of breath, shapes, consciousness and technology all come back to each other, in a movement that is much like rebirth.

For the set design, Johnston was inspired by the temples he saw on the pilgrimage: “I was looking at the essence of religious architecture, which became about symmetry and stripping back unnecessary elements.” Johnston transports this meditative architecture to the stage through innovative lighting techniques. He explains that he “wanted to avoid really big, physical structures, preferring to create the set through lighting and haze. Hence, the introduction of digitalised lights automatically finds the “space between forms, cutting lines and shapes through space so they look like physical architecture but are actually virtual.”

Such transformation of the physical into the virtual is a key component of the performance: for Johnston, Zero Point is “reinterpreting ceremonial spaces through technology.” This extends even to the “sacred” space of the human body, which Johnston manipulates with illumination. Through innovative use of motion-sensing technology, the team was able to “track the movement of the dancer on stage through the isolation of light.” This then led to a realisation that “working with animation and certain other techniques we could actually transform the dancers. We could take a figure from a pure, organic state and, using certain images, make it look as if it was becoming digital.” Not only is this work an aesthetic representation of the relationship between the organic and the man-made that is explored in the piece, it also acts as a device or metaphor for the inherent spirituality invoked. Johnston says: “I wanted to explore the idea of a cycle, past present and future – the future of reincarnation, taking us beyond the now. I wanted to aesthetically show progressing into the future on the stage – a human being transformed into the mechanical became almost a metaphor for that.” It’s even possible that the point between these two dichotomies comprises a zero point of its own – maybe the point Johnston describes as “a really magic moment, where a dancer does transform, and from the audience perspective kind of looks like they become holographic.” The cycle of science and spirituality is completed and begun again. It is a rebirth. 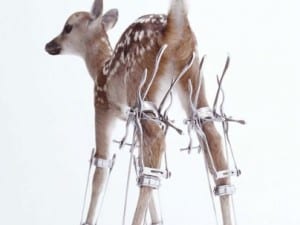 This new compendium provides a critical reference on contemporary Asian art, surveying art created in Asia or by Asian artists from the 1990s onwards. 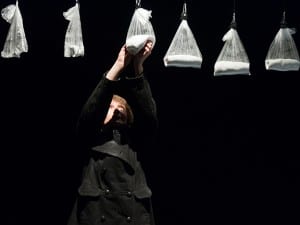 We Speak to Experience Bryon, Royal Central School of Speech and Drama

Through both practical and conceptual work, Performance Practice as Research at the Royal Central School of Speech & Drama provides students the space to study performance. 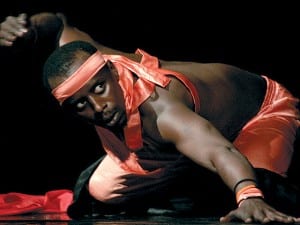