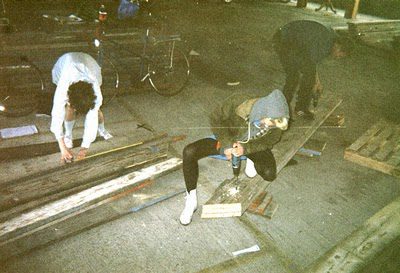 Last summer, when struggling to find a job in London I stumbled across an intriguing advert online seeking volunteers to help convert a derelict petrol station into a temporary cinema. Frustratingly I had prior engagements but I was to see the finished project, Cineroleum a few weeks later, enthusiastically covered in both the architectural and general press.

Cineroleum is part of a series of ‘Pop Up’ projects that have emerged in London recently; temporarily transforming various urban spaces in unconventional and unexpected ways. They have captured the public’s imagination by offering fleeting reinterpretations of familiar parts of the city that remain beyond when the building is dismantled.

Notably at a time where economic depression still looms, the cinema was constructed almost entirely of reclaimed or recycled materials. An elaborate sign sat above the petrol station canopy while a Tyvek curtain hung below enclosing reclaimed timber seats and a screen rescued from a skip outside the National Theatre.

For the lucky few who managed to get tickets, Cineroleum aimed to recreate the excitement and magic of cinema going. A particularly dramatic moment came at the end of each screening when the curtain rose revealing the audience to the surrounding city context and the odd bemused passer-by.

The project was made possible by a team of dedicated Part 1 (roughly half way through qualification) architecture students. Architecture is a very patient profession; an Architect is considered lucky to have built anything substantial by the age of 40, particularly in the public realm. So it’s understandable that the students jumped at the opportunity to escape the virtual world of CAD and volunteer to help realise the project.

One group of Part 1 Architecture students have taken it one step further by starting their own Architecture Practice.

Practice Architecture, whose playful name presumably comes from the desire to make architecture despite their experience, has twice converted a rooftop of a multi-storey car park in Peckham into Frank’s Café. Commissioned by the Hannah Barry Gallery to provide a social venue for its sculpture programme entitled Bold Tendencies, Frank’s Café received an amazing 30,000 visitors last summer.

Once again the project was completed with the help of a team of dedicated volunteers, who constructed the café in just 25 days using reclaimed timber for the structure and furniture and a bright red canvas roof.

Unfairly an article written about it received a typically cynical comment attributing their success to the fact that one of the Directors of Practice Architecture is the daughter of the acclaimed British Artist Antony Gormley. In spite of this I don’t think anything can be taken away from Practice Architecture for what they managed to achieve on a meagre budget of £5000. The project has an endearing quality about it; akin to the feeling you get when watching a charming low budget film. There is no gloss; instead a real and wonderful sense of the collaborative achievement, the process of construction seemingly as important as the finished building.

A ‘Pop Up’ project that strikes a similar chord of collaborative community architecture was The Jellyfish Theatre, temporarily constructed in October 2010 in a playground in Southwark. With a capacity of 120 it was the first fully functioning theatre made entirely of recycled or reclaimed materials. The project was supervised by German architect and conceptual artist Martin Kaltwasser who specialises in community led projects using found materials. A simple steel frame was clad in reused timber market palettes, plywood and MDF all donated by local residents and businesses.

The Jellyfish was commissioned by the Red Room Film and Theatre Company to host a series of plays exploring climate change in the context of the city. The temporary structure literally forms the backdrop with architecture and set design becoming one; ‘Total Theatre’ as described by the artistic director of Red Room.

Like the plays, the building itself is undeniably politically charged; a propositional critique of commercial top down developments. It is an inspiring example of what can be achieved by a community without a developer or a large professional team. Critically for architects, it points towards a great opportunity to reconnect with the future users of their buildings. Nowadays they are too often isolated in front of a screen from the reality of the lives their buildings will frame.

For more information on the projects discussed above please visit: The Cineroleum, Practice Architecture and The Jelly Fish Theatre. 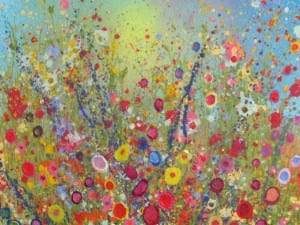 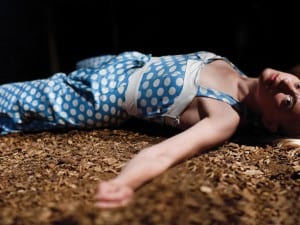 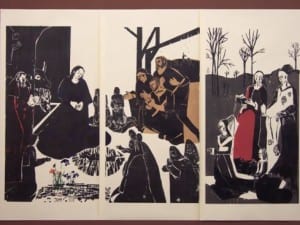 Review by Nathan Breeze Last summer, when struggling to find a job in London I stumbled across an intriguing advert online seeking volunteers to help…