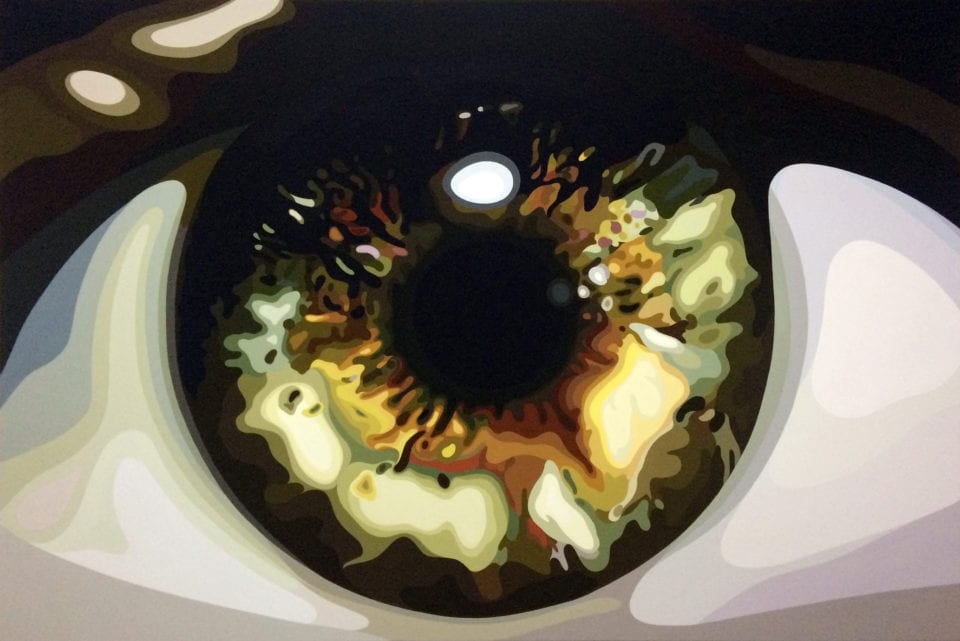 Hitoshi Tsuboyama is a painter based in Japan. The main characteristic of his works lies in the unique sense of space that he produces. In his practice, he is testing a new (neutral) approach to space, bringing together a Western three-dimensional style of painting with an oriental planar style of painting. In conversation with Aesthetica, he Tsuboyama discusses cultural divides and shifting perceptions.

A: When did you begin painting? Do you think that the culture and context of Japan has influenced your practice?
HT: I majored in painting at Tokyo National University of Fine Arts and Music, and I completed my master ‘s degree in 2010.  However, I think that since the year 2011 I began painting in the true sense. Since the 2011 March 11th earthquake and tsunami in Japan my outlook of my life, especially my artwork, has changed.  I was born and grew up in Sendai, an area affected by the events of 3/11. In 2011, I was living in Tokyo, which is 300 kilometers from my hometown. When the events happened, I saw a report from my hometown newspaper. It showed a beer factory in Sendai that had been destroyed. I was really shocked by this photograph. When I read the report and saw the picture, I felt that I am an outsider because I don’t live there anymore. However, I’m not a complete outsider, because my family and some of my friends are still living there. I had a strange feeling at that time. Today my art is inspired by this feeling.

A: How do you think that your pieces tackle the divide between Eastern and Western arts?
HT: Because, in the flow of history, painting has a close connection with culture and civilisation, including religion, philosophy, and natural features, it has evolved along completely different paths in the East and the West. One of the greatest of those differences is that of spatial properties. In the West, paintings were three-dimensional, whereas in the East (especially in Japan), they were two-dimensional. Thanks to differing natural surroundings and culture, differing ways of capturing subjects were developed, and the results are truly as different as plus and minus. In my works, I have created a fusion of the two treatments of space, the three-dimensional and two-dimensional, and attempted to find a zero (neutral) approach to spatiality. This is an original pictorial expression and also a kind of proposition.

A: Your works cross the boundaries between dimensions, with flat colour planes that construct three-dimensional perspectives. Can you discuss how you began experimenting with these compositions?
HT: I delineate the contours of the subject in three dimensions and complete the picture as I work on the individual colour planes. That involves a process of building up the painting from nothing, and we could say that it is indeed a drawing based on the Western shadow method, which could be called the foundation of pictorial art. On the other hand, in the process of converting the three dimensions to colour planes, I eliminate, as much as possible, what you might call the individuality, the special characteristics, of the subject. To put it another way, I do not suggest those characteristics to such an extent that the information in the painting allows the viewer to realise the subject’s individuality or expression. This action is based on Oriental values and, in the ideological sense, sets one free from physical objects. Capturing these two polarised phases on canvas gives the work a high degree of universality and provides the process for abstraction.

A: How do you think that space manoeuvres within your pieces as a notion of possibility?
HT: As the viewer physically approaches the painting, it gradually loses its three-dimensional effect and the series of colour planes takes on a flat, abstract quality. I feel that the viewer is gradually led into a neutral domain as his consciousness shifts back and forth between three and two dimensions.

A: What is the importance of colour to you and how do you apply this to your works?
HT: The importance of my colour is a beautiful gradation. By the gradation, the colour faces are connected and become one of the most attractive in the work.

A: As there is a sense that your paintings approach digitalised drawings, do you think that they respond to the contemporary world in its advancements and rapidly developing technology?
HT: Yes, exactly. In producing paintings, my core question has always been, “What can painting accomplish? Why do I paint pictures?” and I project onto the canvas a vision that contains the answer to those questions. It can be said that it is not easy to express clear and strong originality in a painting in modern times, when expression is continually diversifying against the backdrop of the sudden and extremely complex development and flow of social realities. However, that is precisely the reason why facing up to this situation and clearly delineating a large vision offers great potential for encouraging a transformation in values or for bringing forth new ones.

A: Is there a particular response which your works try to evoke in their audience based on perceptions and shapes found in the compositions
HT: Originally, realism in painting is a technique that approaches objects by increasing resolution to the utmost. By contrast, by daringly lowering the resolution, we urge the viewer to complement and correct in the brain of the viewer. I capture real as an object, create colours and forms that make it possible, I pursue realism in my own paintings. I would like to present new possibilities and perspectives of painting based on this concept.

In my work, the sense of distance between the screen and the viewer is closely related. As a result of lowering the resolution, the viewer takes on abstract planarity as it approaches the painting. I would like you to acquire a new viewpoint that allows you to raise awareness from neutral areas about the existence and essence of things, or their diversity and transitions, in the traffic between the stereoscopicity and the flatness as the viewer’s level of consciousness. 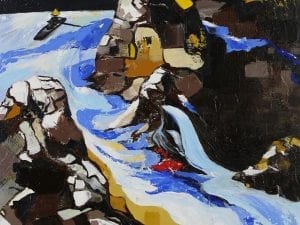 Gabriella Kosa explores the relationship between mankind and nature. Within her works, the small squares and geometric forms represent desire for control. 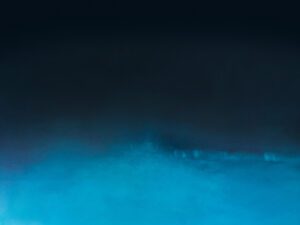 Derrick Breidenthal is an award-winning American artist based in Kansas City. He uses painting to communicate themes of peace, power, struggle and renewal. The artist is currently participating in the group exhibition Fresh Perspectives at Walker Fine Art, Denver until 12 March and his work has been longlisted for the Aesthetica Art Prize 2022.

Marcus Callum’s realist portraits are part of an acclaimed portfolio which has granted him a number of prizes and scholarships.