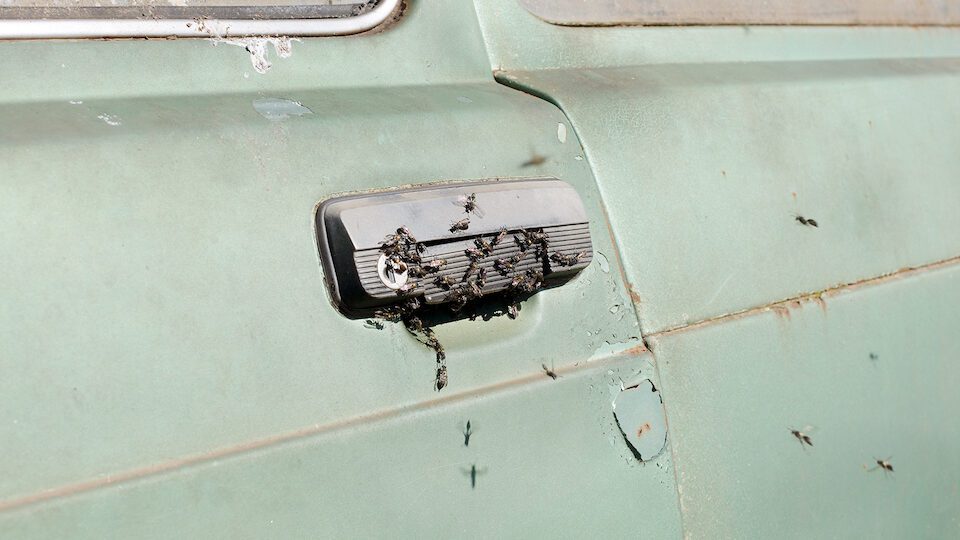 Life is made up of a series of moments, some of which have the power to shake the very foundations of our existence – reverberations shaping everything that is to come, and the memory of what came before. These defining junctures, splitting time into eras of “before” and “after”, are the subject of Slovak photographer Martin Kollár‘s photobook After. This poignant yet surreal elegy to Kollár’s late partner, Maria, is published by MACK.

31 August 2019 was the day that everything changed for Kollár. When the photographer’s partner died by suicide, a large collection of images was left behind, many of which were from location-scouting trips in preparation for a film they had planned to make together. It was only some six months later, with the arrival of Covid-19, that Kollár began to explore this archive, embarking on what he describes as a “painful but obsessive process” of “playing with images.” He discovered common threads and jarring tensions across the images. Presented in groups of one to four, in seemingly random spatial arrangements, Kollár’s photographs form an abstract mosaic: a hose lies limp on the steps of an empty swimming pool, emitting a feeble stream of murky blue liquid down the pool’s steps. Flies cluster on the door handle of a dilapidated car. A suit-clad woman faces off with a crow in an empty meeting room.

Kollár was inspired and encouraged by the themes of love, loss and suicide explored in Face to Face (2020), the concluding work of Japanese photographer Seiichi Furuya . The project’s first five cycles, published between 1989 and 2010 and centring on images of his late wife Christine Gössler, were drawn from Furuya’s archive after Gössler’s death by suicide in 1985. In contrast to Kollár’s often abstract images, Face to Face centres on straight portraiture, comprising 150 photographs the couple had taken of each other, presented as pairs and forming a kind of posthumous collaboration between the couple. Kollár, on the other hand, includes a single photo of Maria. She lies across the backseat of a car, holding a candle to her ear; an intimate image in sharp contrast with a car that’s up in flames.

Kollár acknowledges the simultaneous universality and deeply personal nature of such cataclysmic life events – in what he describes as his limited “narration” of the images. In the arrangement of the photos, he allows “each person to go through their own process of deconstruction and decoding.” To wit: the only caption lies at the very end of After, empowering the audience to come to their own reading. “You can’t undo reading this, and stop seeing from the perspective that someone gave you,” Kollár explains.

Nonetheless, central to After is an awareness of impermanence and shifting perspectives. One featured image, for example, was captured after Maria’s death, but before Kollár became aware of it. This serves as a painful demonstration of the fleeting and incomplete nature of our understanding, and the impossibility of ascribing fixed meaning to an image.

The inclination to do so speaks to both the apparent strengths and the limitations of the medium. Photographs carry a certain authority, seeming to mirror reality; as Susan Sontag (On Photography, 1977) writes: “Photographs furnish evidence. Something we hear about, but doubt, seems proven when we’re shown a photograph of it.” Not only is the reality we accept captured by a photographer standing in a fixed place, but the image itself undergoes irrevocable changes. “Photographs, which fiddle with the scale of the world, themselves get reduced, blown up, cropped […] Newspapers and magazines feature them; cops alphabetize them; museums exhibit them; publishers compile them,” Sontag continues. After similarly plays with the frailty of the medium in the face of manipulation. Without picture titles, captions or structures holding the audience to a specific order or time frame, Kollár mitigates a tendency to project a specific meaning onto images. Instead, he encourages viewers to seek understanding beyond the still frame.

In its reflection on permanence (or lack thereof), transition and defining junctures, After hits close to home for audiences dealing with the fallout of a shared disruptive moment. How often do we find ourselves wistfully recounting memories from the “pre-Covid” times, or lamenting the “new normal”? Indeed, the pandemic had a profound impact on Kollár and his desire to share his book. “When I was putting the pictures together, I thought this would be very difficult to share […] But when I saw the numbers, each representing a death, I thought about how I was in this state because of just one person,” he says, “There are few discussions about those who are left behind. This gave me a certain courage to share this book, for all those people who had to pass through grief.”

As a medium capturing “frozen moments imbued with the presence of now”, Kollár sees photography as a tool for those dealing with grief. “When you make a portrait of someone who is not there anymore, they are there, in the present of the image. Photography opens up everything. You can walk through the memories, let them flow in your mind.”

Image Credits:
Martin Kollár, images from After by Martin Kollár (MACK, 2021). Courtesy the artist and MACK. 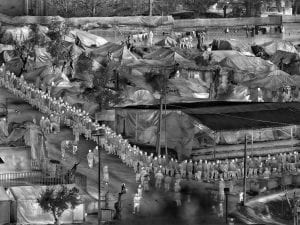 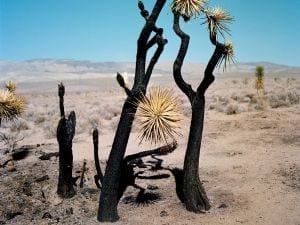 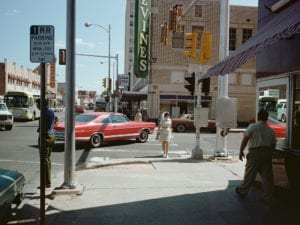