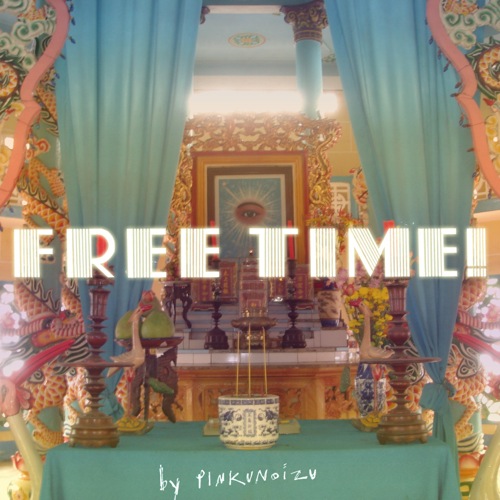 Although they bear a Japanese name, Pinkunoizu’s four members actually hail from Berlin and Copenhagen. Their interest in Asian culture, though, along with their diversity of background, is clear in their debut album Free Time!.

Best described as a “musical mélange”, it displays a range of world music influences from the tribal in Death Is Not A Lover to the more exotic in Cyborg Machine. The latter also exhibits another key characteristic of Pinkunoizu’s work: incorporating borrowed sounds from everyday life. Here, the percussion sounds brilliantly like the kind you played at school – scrapers, maracas and the like. In Myriad Pyramid, the band even makes a feature of the discordant feedback most would edit out.

With this experimental, boundary-crossing spirit, there’s plenty in Free Time! to hold your interest. In fact, with tracks lasting up to eight minutes, some might even say there’s too much, especially as the overall vibe is mellow, slow and spacey. Ultimately, it’s one to be in the mood for, but you’ll appreciate it when you are. For more further information on the band visit www.pinkunoizu.com.