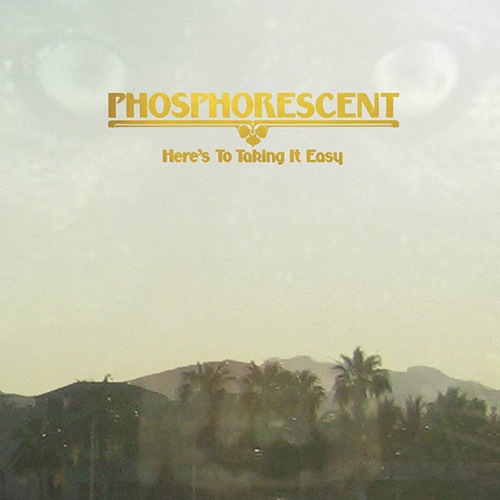 The title of this album perfectly expresses the mood of this new col­lection of songs from the ever-talented Matthew Houck, frontman of Phosphorescent. Here’s to Taking it Easy is filled with laidback folk melodies that move from the ebullient It’s Hard To Be Humble (When You’re From Alabama) with its whispers of ska to the more soulful The Mermaid Parade with its evocative lyrics – “Our hearts were on fire only two weeks ago / And our bodies were like livewires down on the beach in Mexico” – and Jesse Anderson Ainslie’s hedonistic guitar.

Phosphorescent is currently comprised of musicians who worked with Houck on his 2009 Willie Nelson covers album, To Willie, and the country rock influences are definitely present in this album. With echoes of Ryan Adams and Neil Young, Here’s to Taking it Easy is a vibrant, multi-layered and majestic album, both joyful and emotive in turn, and it is a fantastic assembly of songs that already sound like classics.