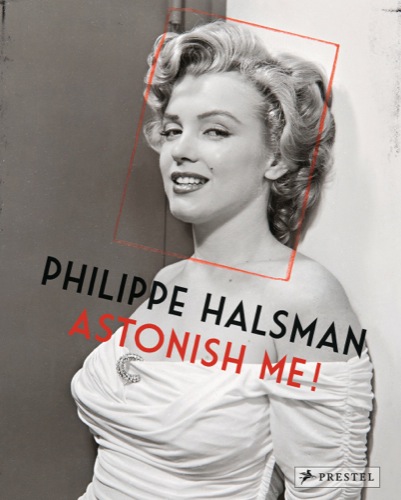 Establishing his art form in Paris before moving to New York in the 1940s, Latvian-born Philippe Halsman’s early photographs of actors and authors marked the beginning of his well-esteemed practice in portraits, fashion, reportage and advertising. He eventually produced 101 cover photos for Life  magazine, including iconic images of Marilyn Monroe, Winston Churchill and Carrie Ford.

Halsman pursued innovation and originality in every aspect of his work. It was this relentless creativity that kept his magnificent imagery alive and allowed him to construct a vivid picture of prosperous American society in an age that was fast becoming dependent on television.

Although, he had a forte for capturing the essence of his subjects’ personality by recording their natural expressions, early collaboration with Surrealist Salvador Dalí encouraged Halsman to use experimental devices. Documented in this definitive catalogue, he acquired new methods, utilising superimposition, and distortion as well as the popular invention of “Jumpology.”