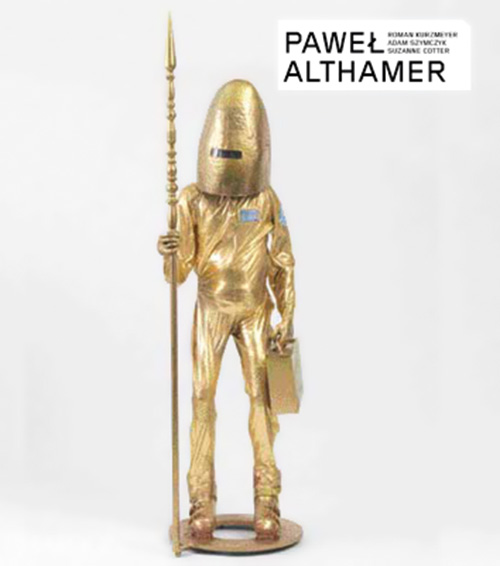 A guide to one of contemporary art’s leading figures, Paweł Althamer is truly a comprehensive guide. Althamer is known for creating provocative pieces, often exploring the communicative powers of art and playing with the boundaries between spectator and artist by inviting viewers to engage directly with him.

Well-known for his project, Balloon, in which Althamer floated a 20 metre nude self-portrait of himself over Milan and Bruges, and Common Task, a comment on life post-Communist Warsaw, Althamer works mainly in sculpture, installation and performance.

This collection includes two conversations between Althamer and fellow artist Artur Żmijewski, which offer profound insight into the artists’ works and philosophies. Having last exhibited in the UK at Modern Art Oxford in 2009, Althamer has cemented his position by focusing on meaning; taking conceptual in a new direction. Beautifully produced and incredibly insightful, this book is perfect for newcomers and those wanting to further their understanding of this critical artist.