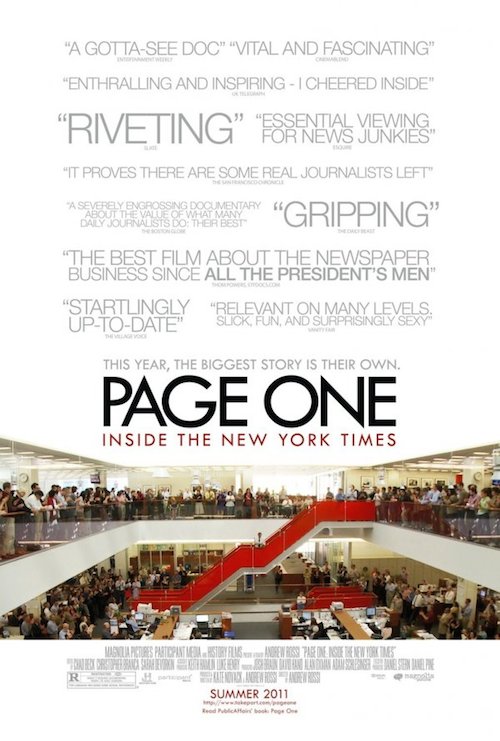 Andrew Rossi’s documentary provides a captivating and provocative insight into one of the world’s most famous newsrooms. Given unprecedented access to the New York Times media desk for a year, Page One follows journalists and editors as they struggle to find captivating stories and defend the newspaper from its critics.

The film predominantly looks at how the newspaper industry is trying to remain relevant and financially viable as ad revenues plunge and free, constantly updated digital media is surpassing print journalism as the main source of news.

Rossi also highlights the history of the New York Times including the roles it has played in exposing some of the great news stories of the 20th century, most notably the Watergate scandal. The film is tinged with sadness that vigorously researched news stories may soon be a thing of the past, if websites like Twitter and WikiLeaks become the dominant force in providing news to a generation who want to be constantly updated for free.