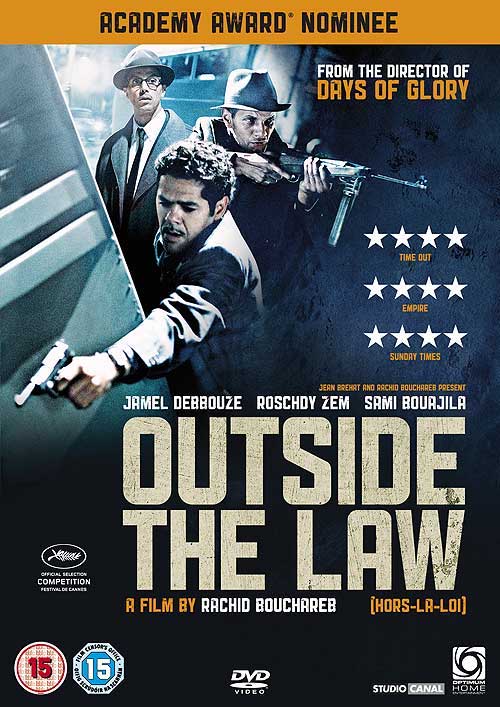 Outside the Law is a controversial revisiting of Algeria’s struggle for independence. Bouchareb skilfully weaves his intricate and complex narrative through the eyes of three brothers who become separated after losing their family home in Algeria, following their disparate paths towards reunion in a shantytown on the edge of the French capital.

Featuring true-to-form performances from Jamel Debbouze, Roschdy Zem and Sami Bouajila, this is a powerful, strong and violent film. Disappointingly, it’s not particularly redemptive, or balanced. Much like the FLN it depicts, Outside the Law is not about purgatory violence, and strangely omits any reference to Franz Fanon, a key member of the group.

What Bouchareb has created, much like in Days of Glory and London River, is a historically epic tale, but with minimal character study, and thinly sketched female characters, this comes at a price. Outside the Law is gripping, but ultimately fails to paint a clear picture of both history and the characters who narrate it.