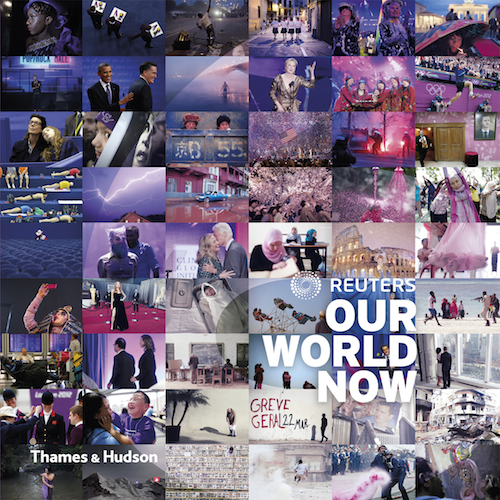 A picture is worth a thousand words, which is certainly the case in Our World Now 6, a collection of 319 photographs recorded by Reuters in 2012. The book catalogues the celebrations and the disasters through stunning imagery.

It opens with an introduction by Reuters’ European Affairs Editor, Paul Taylor, in which he ponders on the extensive austerity measures currently underway in Europe, and the ongoing fight for political freedom in the Arab world. This introduction is followed by a selection of 14 images with short statements from the photographers, contrasting significant events – the Olympics, for example – with more personal stories, such as pensioners crying at a Spanish protest and a portrait of a homeless French man.

With very few words, this work beautifully captures the pain, struggle, joy and peace in the world without prejudice or detailed explanation. Interspersed with journalists’ memories, it is ultimately up to the reader to decide how they confront depictions of elitist luxury alongside images of those murdered in conflict.