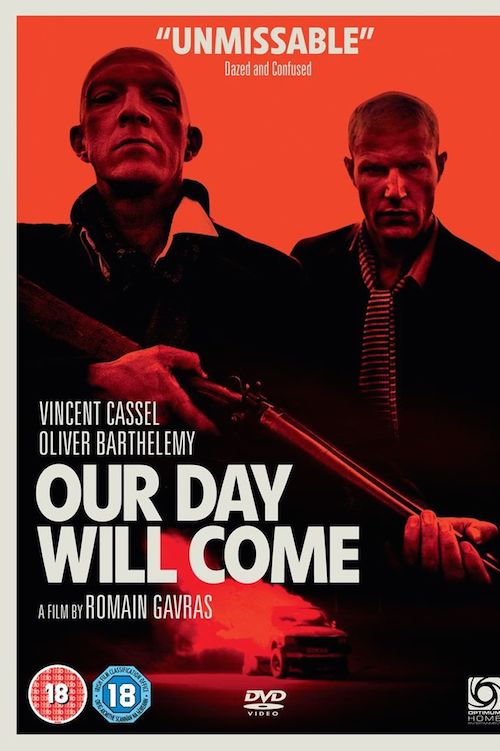 Our Day Will Come

When Remy, a teenager feeling isolated, bullied and oppressed because of his red hair meets Patrick, a bored 40-something psychologist and fellow red-head, the pair embark on a symbolic trip to Ireland where all red-heads are supposedly treated as equals.

However, Patrick’s incessant goading and taunting of Remy soon unleashes the rage and violence that has been bubbling under the boy’s skin. Filmed to the grim backdrop of France’s industrial northern coast, this debut feature from music video producer Romain Gavras, is clearly intended as an abstract parable for racism and discrimination – in Remy’s case extending to his own confused sexuality.

Whilst Gavras clearly has an eye for metaphor and arresting visual images, this, along with powerful performances from the two leads, isn’t enough to prevent the incoherence of the narrative frustrating the experience and detracting from, rather than enhancing, any underlying message about societal angst and ethnic tension. Ultimately a road movie lacking direction, the tale is as unfulfilling as the journey is baffling.