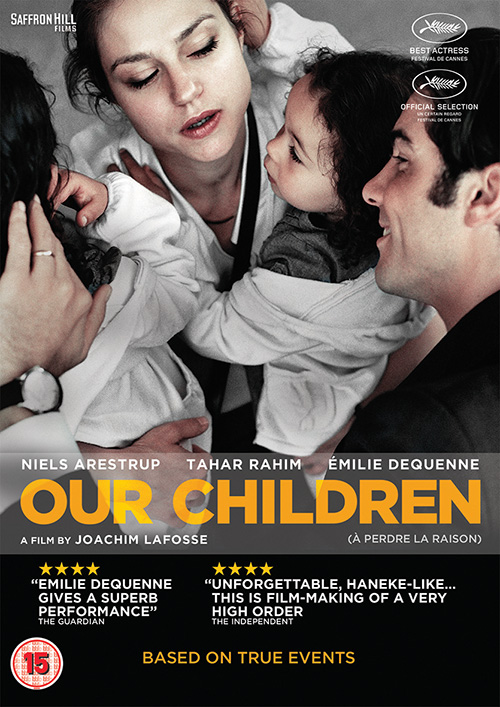 Much acclaimed at Cannes in 2012, Our Children is a harrowing depiction of one woman’s psychological decline, spiralling uncontrollably to an ending that is made more shocking by the simple treatment it is given.

At the outset, Murielle (Émilie Duquenne) and Mounir (Tahar Rahim) fall in love quickly and with great passion. They make the decision, however, to economise by living with Mounir’s adoptive father, creating a decidedly odd environment for the development of their relationship.

As a succession of children follow – their imminent arrivals heralded by a recurring scene of a heavily pregnant Murielle teaching her class at school – she struggles increasingly with the feelings of entrapment the situation produces.

Reflecting the somewhat colourless nature of Murielle’s existence, Lafosse employs a lacklustre colour palette of greys, beiges and off-whites. It is one of several intelligent choices in a film that goes some way towards examining how stifled people – and perhaps women particularly – can become as a result of certain life choices.