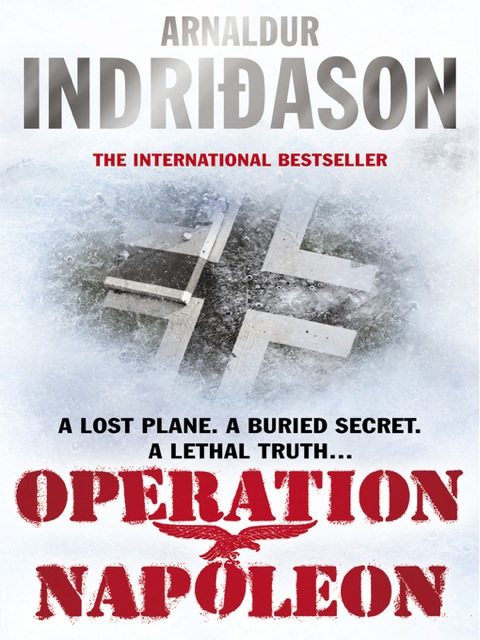 Written with military precision, Operation Napoleon is set in Iceland in 1945. The mystery immediately unfolds with a German bomber flying over a glacial landscape containing both German and American officers, offering no explanation. As one of the German officers leaves the fuselage to find help at a nearby settlement, he disappears with a mysterious briefcase still handcuffed to his wrist.

Indriđason’s style never reveals too much, instead, the narrative unfolds so that the reader follows the ambiguity along with Kristin, the sister of an Icelandic man caught up in the cover-up over 50 years later, as she searches for the truth about her brother. More discrepancies about the plane and its conflicting allegiances surface as the truth about Operation Napoleon is uncovered.

Operation Napoleon is a intriguing novel, bleak and harsh in its description of cold, military narratives. Rather than using excessive language and unnecessary description, Indriđason chooses a minimal style, which drip-feeds the details and keeps the reader guessing.