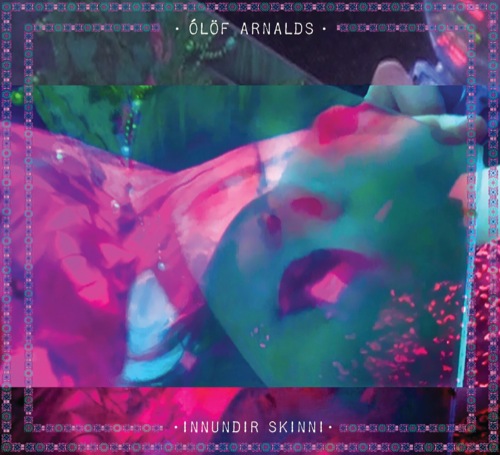 Icelandic-born, Ólöf Ar­nalds has a mesmer­ising voice. In her new album, this is given the perfect showcase with delicate accompaniment consisting of harps, strings, and acoustic guitars. The only percussion comes from the finger-plucked rhythms on the guitar strings, the music lending itself to become a lullaby of beautiful melodies and harmonies. Innundir skinni illustrates a departure from Arnalds’ previous releases by incorporating three English language songs into the mix.

A sure highlight on the new album is Surrender, a track that utilises Joanna Newsom-esque harps with the enchanting vocal talents of Björk, to create a dreamscape, which exhibits both vocal talents. For a more upbeat track, Jonathan introduces more prominent percussive elements from the body of the guitar, resulting in an uplifting folk sound. This album is sparse enough to allow each sound to strike the perfect balance, evoking Arnalds’ “emphasis on the emotional essence rather than construction of elements.”