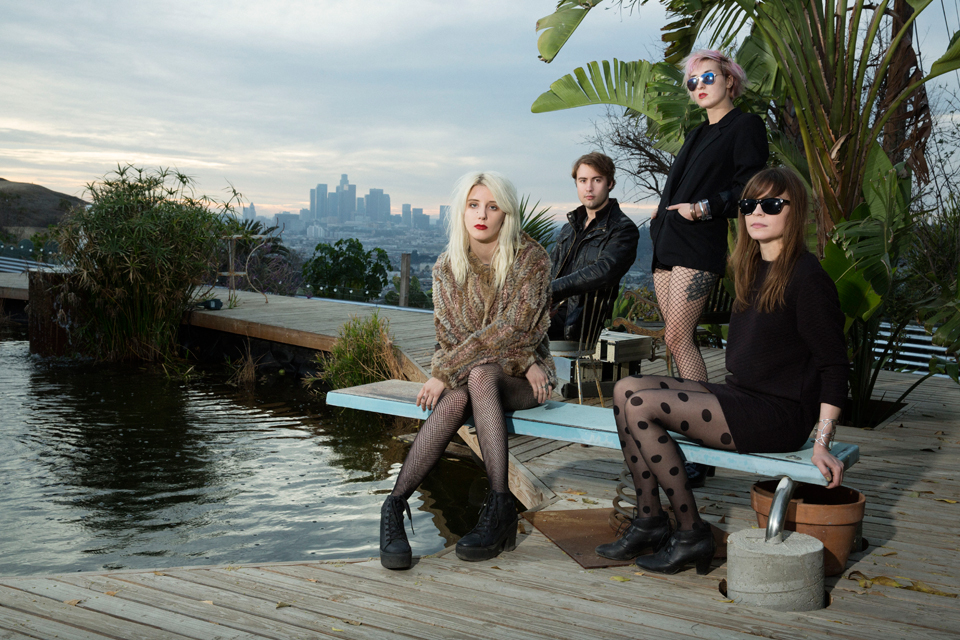 Mish Way, the Los Angeles-based writer and front woman of fierce Vancouver outfit White Lung, meditates on her personal punk tenets for surviving and thriving in the 21st century.

“When my band first started playing, we didn’t call ourselves a punk band,” explains Mish Way, the formidable, gravel-voiced songstress of White Lung. The Canadian is on the phone from her adopted home in LA, groggy with sleep, and waving off her boyfriend for the day, one hand holding the phone and the other throwing him her car keys. “We played in the punk scene because that’s where our friends were. However, when someone starts to call you a punk band – because of how fast and loud you play, or the fact that you’re rolling on the floor on stage and spitting – that word sticks. And so do all the cultural weight and political ideas that come with the word “punk.”

“Nevertheless, White Lung is a punk band,” says Mish, “one which deals in ferocious guitar riffs and snarling, cerebral lyrics.” The band began in Vancouver, founded in 2006 by Way – an ex-figure skater who reveres grunge provocateur Courtney Love. Way roped in drummer Anne-Marie Vassiliou, whom she’d met on a gender studies course, and after losing some original members, adopted guitarist Kenneth Williams into the fold in 2009. As their tours spread and their audiences grew, their home town scene – chronicled to some degree in the 2010 documentary No Fun City – soon felt stifling. Two albums in, following 2010’s It’s The Evil and 2012’s Sorry, the band arose from the Canadian hardcore underground and onto the radar of the mainstream music press when Mish moved to LA, Wax Idols’ front woman, Hether Fortune, was added as a touring bassist, and the band inked a deal with Domino Records – the UK-based indie label that has overseen the release of their sharp, critically acclaimed third LP, Deep Fantasy.

Domino is more famed for indie rock bands – an unexpected stable for these ferocious, Canuk punks. However, White Lung is all about defying conventions. “Kenny puts it best: we write pop songs and play them like hardcore songs.” Punk is a subculture built on sound, aesthetics and ideology. Broad conventions prevail – a do-it-yourself attitude, anti-corporate values, Leftish politics – and yet punk is not monolithic. It means different things to different people. “You guys in England, the way you talk and look at punk is formed by your own punk history, which is very different from the SoCal punk story, and that is miles away from NYC’s punk background. People have a geographical context for punk.” Its spirit is rebellious and anarchic, and though small town scenes can be flourishing spaces where a democratic, social community spirit rules, these spaces can also be rife with elitist punk politics. “Everyone has their idea of what punk means and what a punk band should be doing,” says Way. “That’s what happens when you come from a small scene. People want to keep it close because it’s something special they’ve created and they don’t want to let anyone else in because they’ve always been rejected, and so you start it small and make it exclusive.” However, Way isn’t interested in being held captive to limited ideas about what punk is or should be. She has her own punk tenets to live by.

When it comes to fashion, punk has a strong aesthetic lineage that dates back to the 1970s – from the bondage trousers Vivienne Westwood sold from her Chelsea store, SEX, and the S&M wear that The Slits’ guitarist Viv Albertine sometimes incorporated into her look, to the drainpipe jeans and black leather jackets of The Ramones. Way’s modern day firebrand is no postcard punk – not like those pierced, tattooed, Mohawk-sporting models who’d pose for tourists’ photos in exchange for money. “I’ve only recently learnt to embrace fashion in a positive way. I had a lot of frustrations with my body and my confidence, and therefore fashion, because why would you want to dress up a body you don’t love? But I got over it.” The energy of Way’s home town scene had an impact on her aesthetic as a front woman. “When I was first playing the punk and hardcore scene, I thought that expressing my femininity would mean not being taken seriously as a musician. But if you succumb, you keep perpetuating the awful stereotype that a woman who is fashionable and feminine and beautiful can’t be anything but that. I can get as made-up as I want and still be a great performer – it doesn’t diminish my skills if I wear a dress or spend a little time doing my hair. I think I’m still finding my way of expressing myself through my clothing. Some days it’s exciting to play with my image, some days I just don’t care.”

In between tours and shows, Way works as a writer, penning articles for the likes of Vice. She’s candid, potty-mouthed and has a preoccupation with sex as a topic. “It’s the one thing that we all can do, and like to do, and yet it’s the one thing everyone is so afraid to talk about. Sex is such an important part of our lives, but, especially in North America, we do not know how to speak about it properly, about how we interact with our bodies and each other. Having open, honest and mature discussions are vital, and yet still so taboo,” says Way. “Oscar Wilde said, ‘everything in the world is about sex except sex. Sex is about power.’ I’m interested in power – I get a lot of material out of it for songs and writing.” Way explores complex, loaded subjects in her lyrics – rape, body politics, sex, addiction – and manages to hew brilliant, gnashing songs out of these chaotic topics. Though her performances abound with a raw, ecstatic confrontation, this power comes from the vulnerability she brings to her lyrics. “The lyricists and writers who gave a little of themselves, exposed themselves, are the ones who inspired me. It made them seem so powerful because they weren’t afraid to do that. They were tough and vulnerable too, and to me that is so powerful.”

The body can be many things in punk – a site of pleasure, resistance, trauma and protest. Unlike vegan punks, who are hyperconscious about what they consume, Way occupies a space at the more nihilist end of that spectrum. “I eat meat and I wear fur,” she says with a wry chuckle. “But when that thing that you did as a hobby becomes your career, you have to look at [your body] in a different way. People rely on you when you’re in a band. I haven’t stopped partying, but I am more responsible now.” This is a necessary thing. White Lung still sells out small, sweaty venues, but the stages – and audiences – are becoming bigger. In larger spaces, the intimacy forged between the band and their audience is lost, partitioned by a barrier and dead air that they must project through. “I’ve had to find comfort in performing in locations that don’t always feel comfortable now – you have to adjust. It’s weird.”

Despite this, Way still sees the stage as a place of might and liberation. “I just feel really powerful and focused when I’m on stage. And each show feels different. When I first started out, I was a really angry person. I was annoyed about gender and really wrestling with being a woman. I found a lot of safety in music because I could sing about those things. I had somewhere to release the stuff that I wasn’t allowed to yell about.”

Way has written on the cathartic power of the scream in punk, and how this feeds in to her feminism. It’s a modern day echo of the sentiment expressed by the late punk icon Poly Styrene, who sang, “some people think that little girls should be seen and not heard; I say, oh bondage! Up yours!”Way can relate. “I’ve always sung. I was in the high school choir, but there were always so many rules and I just never fitted in. I don’t have a beautiful soprano voice; I have a hoarse, masculine-y voice. But it’s loud, and it’s powerful. Once I learned how to do it, I wanted to do it all the time. I just wanted to play loud, fast music and scream, and get it all out. However, as the band has grown, so have I and now I get a different satisfaction out of it. There’s still that same adrenalin and relief, and the fact I don’t realise where I am or what I’m doing. That’s why I don’t make a lot of eye contact with people when I’m performing,” she explains. Way prefers to surrender to the transcendental joy of being the centre of all that punk noise.

Find out more about White Lung at www.whitelung.tumblr.com. 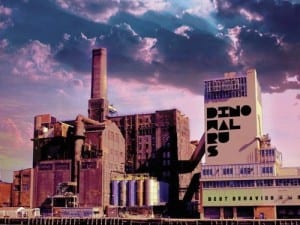 A pleasing amalgamation of indie, punk and pop, as a whole the album is a non-challenging proposition, and should be enjoyed as such. 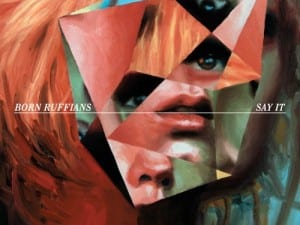 A rather energetic follow-up to Red, Yellow & Blue, Toronto’s Born Ruffians are even more on the pulse with this time.