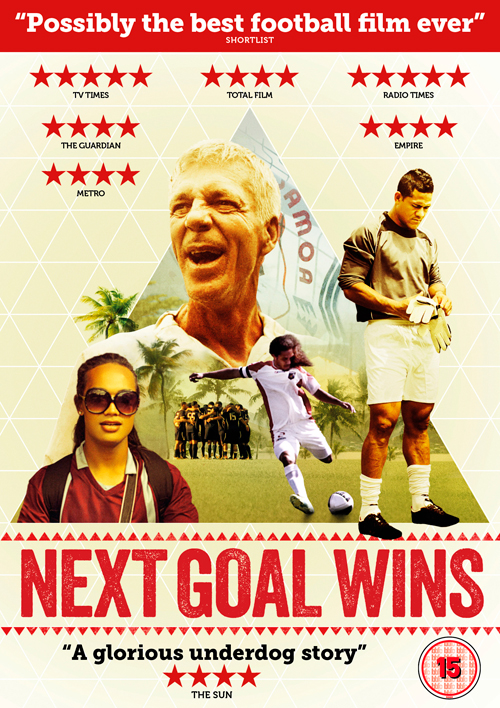 American Samoa is known in footballing history for being the team that lost 31-0 to Australia. But they have an indomitable spirit based partly on their deluded self-belief that one day they will not only score but also win a match.

On an island of just 65,000 people it is hard to find quality players. Thus the team remains largely unchanged from the one that played that terrible game in 2001. As they build towards the World Cup qualifiers, it is outside influences that offer hope, such as the American soldier whose Samoan heritage gains him a place in the squad. Or the bullish Dutch coach who pushes them to become a real team – a brotherhood.

Next Goal Wins is an encouraging film about potential and inclusion. A transgender player is welcomed. And the goalkeeper who let in 31 goals is recalled for the tournament. That shows faith – and innate humanity. They are definitely a gutsy bunch. Beneath the shadow of eternal humiliation they battle on. If it smells like team spirit, then it is. That and pride; and it’s contagious.