The Next Generation: Rosaline Shahnavaz 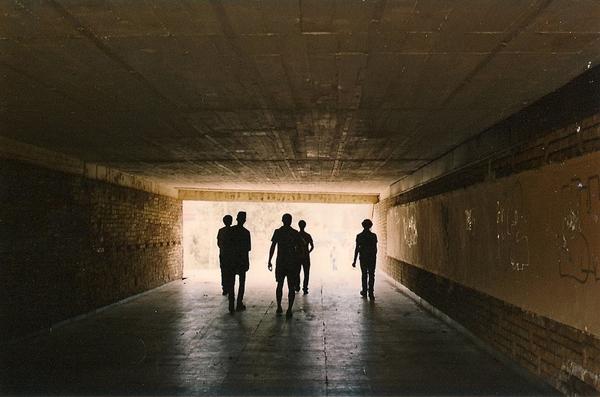 In the Special 60th Edition of Aesthetica we celebrate the emerging photographers that are shaping the future of the image-based practice in The Next Generation. We have partnered with the London College of Communication to survey some of photography’s rising stars and showcase their fresh ideas and new concepts. Rosaline Shahnavaz has produced work for the likes of Dazed and Confused, AnOther and Art Review, she speaks to us about her interest in documentary photography and her future plans.

A: Drifter is a series you shot in 2012 and it is currently featured in The Next Generation in Aesthetica. What was the idea behind this collection of works?
RS: This photograph was taken during what I’d probably describe as the “start” of my journey into photography. I guess at this point spending time with my friends, photographing and documenting them quite intimately both alone or as groups compelled me. This is very much still a major part of my practice but I guess back then I was more like a fly on the wall where I would just let the moments happen or at least wait for them. I think now, especially when working clients, I have a clearer idea of what I’m shooting; with a few exceptions during the process. Drifter rawly documents the youth, coming of age and manhood of my then boyfriend and four male friends as we travelled through Poland with little money or a direction home.

A: You have had your work exhibited in the UK and internationally and worked for the likes of Dazed and Confused, where would you like your career to go next?
RS: Things have been pretty exciting. I’m really enjoying doing editorial work with clients, it’s really great to collaborate with other creatives to produce work. There’s a lot of energy involved and a goal to reach, which I guess is very different to my more personal work, which is on-going, and at a very organic and slow pace. I’d like to continue doing my personal work alongside my editorial work and at times allow these two paths to meet. Studying a Masters may also be in the pipeline but I’m keen to see how things go for now.

A: You work with documentary photography, do you like to interact with your subject beforehand?
RS: Absolutely. A major part of my practice is spending time getting to know my subjects. I’m totally fascinated by people and their stories. When taking photographs, I rarely give direction but I seek to capture “real” moments by spending time engaging with whom I am photographing. This is often to the point in which the presence of the camera is forgotten. This process is integral to my photographs as it is the trust, the understanding and the experience between me and my subject that allows for me to capture these raw moments. The fluidity and slower place of shooting on film resonates my relaxed approach. I don’t take the same photograph over and over until I get it how I want. It’s more about sharing an experience with my subject and capturing the right moment.

A: What do you think is the biggest challenge for emerging photographers to overcome?
RS: I guess shooting loads is important, as well as staying motivated and in tune with what you and your work is about. These can be tough at times when jobs are poorly paid. I think it’s important to remember why you want to be a photographer and each shoot might contribute to something else in the future. You just have to keep going with it.

A: What do you have planned for next?
RS: I have a mix of work coming out soon including a few collaborations with fashion designers, and also some documentary work. I have ideas for some upcoming projects but it’s all under wraps at the moment.

See Rosaline Shahnavaz’s photography in The Next Generation in the Special 60th Edition of Aesthetica. Pick up a copy at www.aestheticamagazine.com

To find out more about Rosaline, visit www.rosalineshahnavaz.com 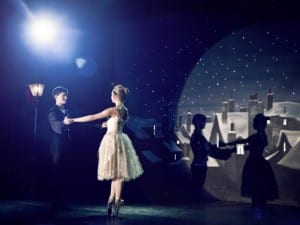 ASFF is a celebration of independent film and an outlet for championing short filmmaking. This Friday, a special programme of films from the 2012 festival will be screened at the V&A, London.