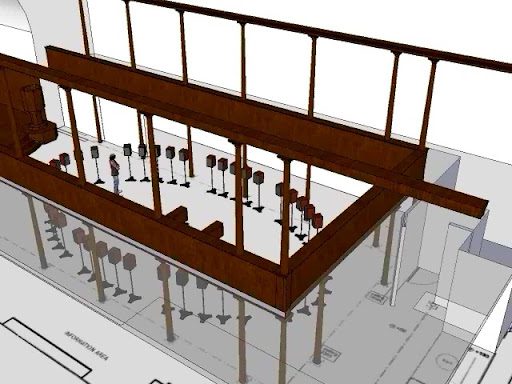 Sound has, perhaps more than any other sensory stimulation, a transcendental power that can immerse the listener in an all-encompassing awareness of being. It is this notion that forces itself into consciousness at the entrance to the Fabrica gallery on a small street in Brighton, where a sublime, choral sound seeps out the open doors of the building and catches the unsuspecting ears of passers-by. The choirs of voices that come from within are not emerging from human throats, but an oval arrangement of electronic speakers, each emitting the recorded sound of one person in a Forty Part Motet.

The renaissance composition, entitled Spem In Alium Nunquam Habui (In No Other Is My Hope) was originally created for Elizabeth I on her 40th birthday in 1573, by English composer Thomas Tallis. Breaking it down to its constituent parts and then reforming it through a new medium, artist Janet Cardiff enables the listener to climb inside the music, to physically move between the voices and immerse themselves in an invisible architecture of sound. The original piece was written for eight choirs of five voices, and this is translated identically through Cardiff’s inanimate ensemble; the shape of the arrangement physically surrounds the listener as the choral music simultaneously closes in. The architecture of the building is also transformed by the sound which fills it, and hence the piece has an intrinsic connection with the building as well; weaving together the corporeal, the architectural and the mechanical.

Originally made in 2001, The Forty Part Motet has since been exhibited in several white cube gallery spaces that detach the work from its religious origins, and on a visual level alone there is nothing to distract the eyes – the focus is purely auditory. The spectacle of a real choir is eliminated, as is the religious imagery that usually accompanies Christian church music, stripping the work down to the bare structural bones of the sound itself. Yet the ecclesiastical space at Fabrica brings back a vestige of its religious subject matter; as though the piece has come full circle and arrived, estranged, in its original context. The coming together of individual voices is, as Fabrica Co-Director Matthew Miller remarks, a timely reference to the political protests that have been so ubiquitous in recent months; the sense of community, of synchronising to form a stronger whole is reflective of the needs of our current societal epoch and ties in with the political direction of this year’s Brighton festival.

The very humanness of the piece is seemingly removed through the installation of these mechanical objects to release the forty voices; yet it is the inanimate nature of the choirs that makes a mutual interaction between sound and listener possible. Reactions to the work are as vital as the music itself, as listeners moving towards and away from the speakers create fluctuations in the clarity of the sound. The experience of each listener will vary uniquely depending on which choirs they move towards and at which time, dissecting and reforming their own version of this sonic collage through the physical positioning of the body. As Miller adds, the work is about bringing these distinct voices together in a ‘homogeneous whole’, and the overwhelming act of experiencing the soundscape makes the listener another element in this polyphonic entity.

While each private engagement with the work is different, it is experienced amongst others in a public, open environment, and is therefore both inclusive and deeply personal. People come and go, some only staying for a few tentative minutes, others in a meditative state, sitting with eyes closed in the centre of the room. Its original Latin words, adapted from the Book of Judith and later re-written in English, are about hope, and this remains obliquely communicated through the sound alone. As with all works of art, it is the experience of it that makes it meaningful, and in the elusive yet immersive experience of wandering amongst these clusters of speakers, as waves of sound build, climax and vanish, the listener can for a few moments take pleasure in the condition – whether religious or secular – of being part of something bigger, beyond explanation; in relaxing into insignificance.

The Forty Part Motet, a sound installation by Janet Cardiff continues until 30 May at Fabrica Art Gallery. 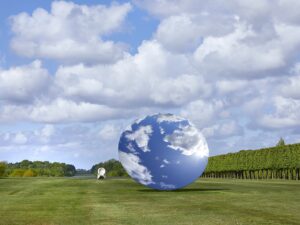 Anish Kapoor brings clouds down to earth in a new outdoor exhibition at Houghton Hall. The sculptures explore ideas of presence and absence. 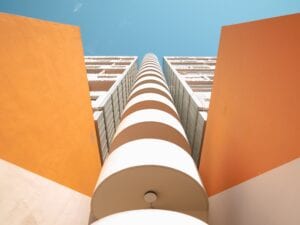 “We give creatives the chance to have their art pieces made wearable.” SCAFOS translates photographs and paintings into unique garments.

Opening as part of Pacific Standard Time: LA/LA, The Autry Museum of the American West is mounting a new show dedicated to the archives of La Raza.