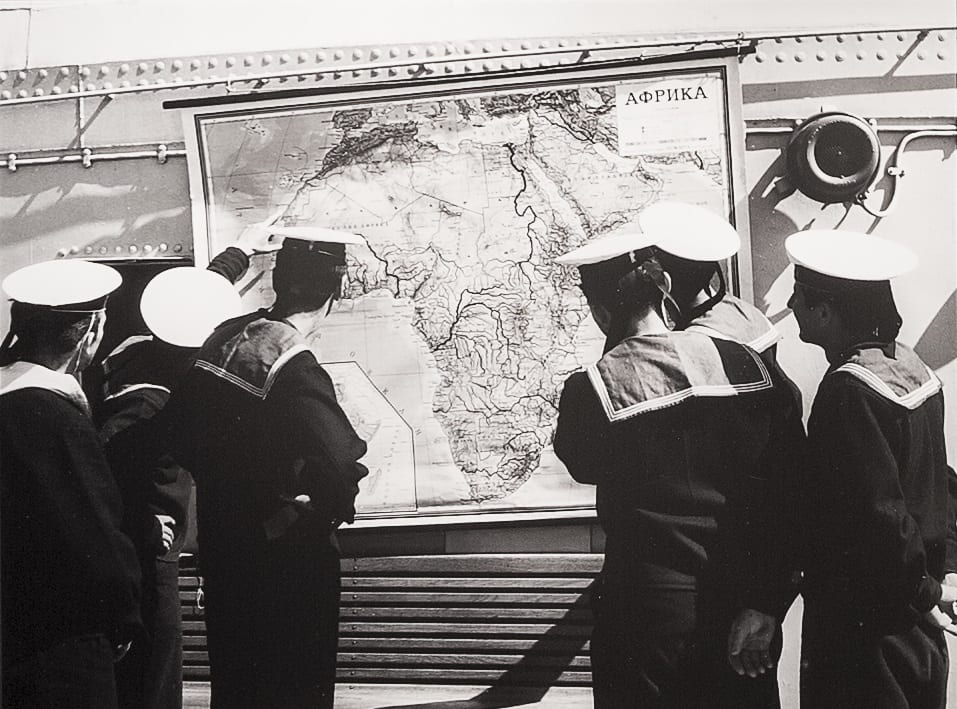 FIELD WORK from Tiwani Contemporary brings together eight contemporary artists whose creative practice has foundations in the analysis of the mechanics of history. The pieces use story-telling techniques to narrate historical events, covering both personal and collective past. The works from the selected practitioners often evoke retrospective or historiographical strategies in order to explore the themes, excavation, collection and preservation, alongside an awareness of archaeological methodologies. Through deep examinations of materials such as archives, documents and testimony, the exhibition chronicles the artists’ own readings of history.

In taking the photographic archive of the President of Yugoslavia Josip Broz Tito as its origin, Theo Eshetu’s The Mystery of History and My Story in His Story (2015) offers an inward look at Cold War politics and the history of the non-aligned movement. Katia Kameli also employs historic records as the source of L’Oeil Se Noie (2015) with images from the 1800s to 1980s proposing a disordered iconography of colonial and post-colonial Algeria which powerfully questions established historical narratives. Robel Temesgen uses re-appropriated official documents in Another Old News, a piece that comments on the role of texts to validate history, in turn highlighting epistemic gaps between authorised papers, interpretations and personal recollections.

While some artists use archives and texts as foundations for their works, other practitioners of FIELD WORK use artefacts as their focus. Abraham Oghobase’s Ken’s Smoking Pipe (2016) questions the role of the object as a source for memory, while in Rita Alaoui’s on-going excavation project Objets Trouvés, the artist magnifies and draws specimens discovered. The idea of what is left behind is also central to the oeuvre of Thierry Oussou, whose calligraphic images take inspiration from pre-historical symbols in an act of preservation of the written form.

A consideration of time is also recurrent in the group exhibition. Ruins by Youssef Limoud depicts the material permanence between past and present through the complex relationship between time, architecture and landscape. The sculptures evoke the creative tradition of examining the themes of history and decay through the concept of a disintegrated structure. In examining socio-cultural formations from over the Atlantic during the African slave trade, Kitso Lynn Lelliott’s work considers the non-linear nature of time through overlapping and ultimately entwined timelines. I was her and she was me and those we might become (2016) highlights the impossibility of condensing multiple experiences into one single and fixed narrative, instead depicting a plural and meandering story.

The eight artists within the display have anchored their practice in an intense examination of the mechanics of history, seeking out facts and narratives that have been discarded by the canon.

Credits
1. Theo Eshetu’s The Mystery of History (2015). Courtesy the artist and Tiwani Contemporary. 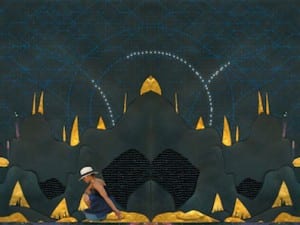 The Tiwani Contemporary, London, draws inspiration from the age-old role of storytelling and gathers together four international artists for its latest group exhibition, entitled Mythopoeia. 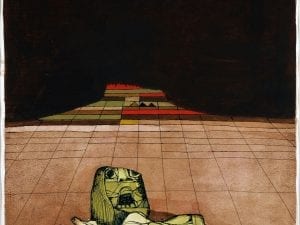 Doha’s Mathaf and Al Riwaq museums are welcoming over 400 works by Iraqi artist Dia Al-Azzawi, whose deeply historical works span over half a century.