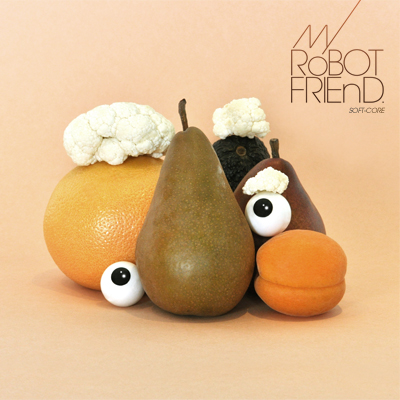 Now you’re talking. Energetic, fun, edgy, catchy and alive, Soft Core, is a delightful record. Two year’s in the making, it’s the third album from the band based in New York City.

Having started recording back in 2001, My Robot Friend has attracted a loyal fan club including the likes of Antony from Antony & the Johnsons, and even had their songs covered by the Pet Shop Boys and Robbie Williams. Eclectic to say the least.

Not only is My Robot Friend diverse and enter­taining, the cover artwork is something else, with a conglomeration of fruit and cauliflower. Modern art perhaps? You decide. www.myrobotfriend.com.