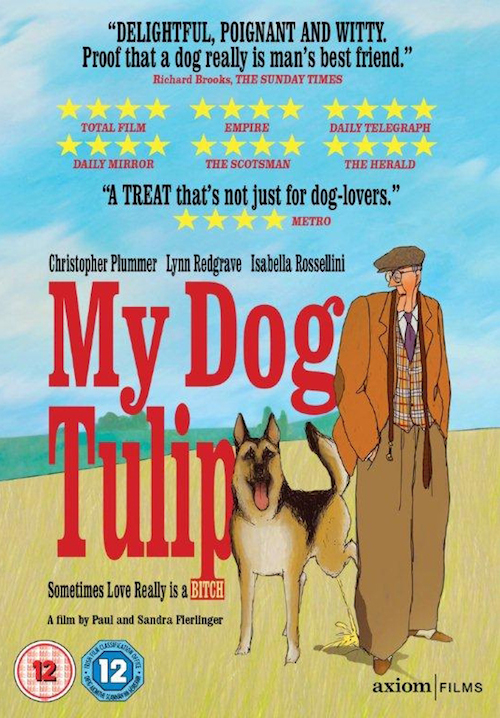 Anyone who has owned a dog will appreciate J.R. Ackerman’s memoir of the boisterous and erratic German Shepherd he owned for 15 years.

In real life, Queenie was the name of the narrator’s larger than life bitch, and for Ackerman she came to represent the “ideal friend” who, as an openly gay writer in the 1950s, he was unable to find in the company of people.

A humorous and bittersweet recollection, much of the narrative seems perversely skewed towards observations made about the Tulip’s toilet activity and Ackerman’s occasionally cruel attempts to mate her with a stud. Not everyone will appreciate the shaky hand drawn look of the animation (the film was entirely “drawn” on a computer) yet the characters’ mannerisms are lovingly rendered, particularly Tulip, who appears as the perfect portrait of canine behaviour.

My Dog Tulip is an affectionate rendition of the unconditional love animals bestow upon their owners while asking little in return. As Ackerman himself wrote: “Unable to love each other, the English naturally turn to dogs.”