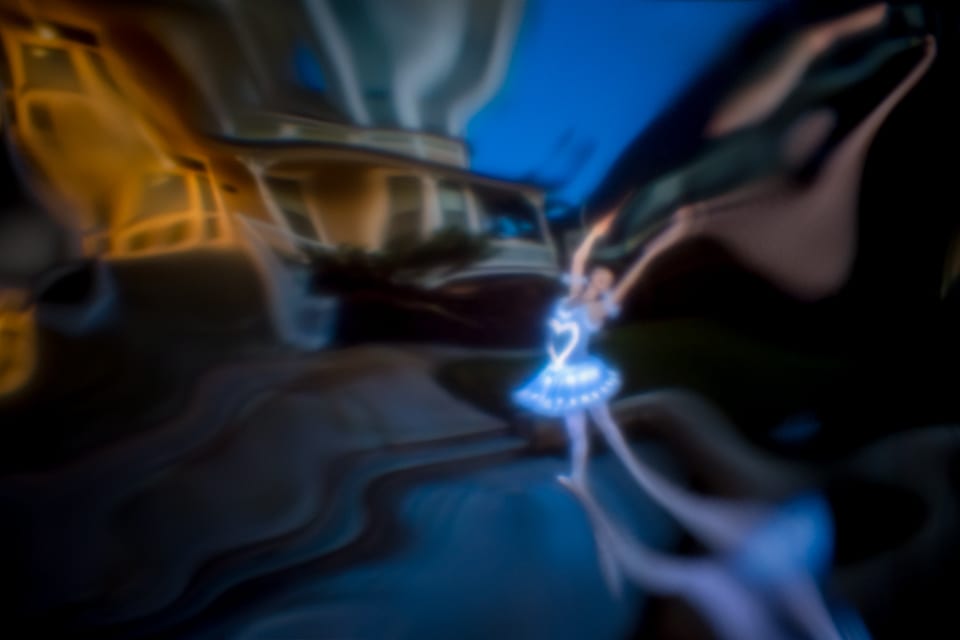 Southern California-based Lance Chang uses distortion and blur to enhance the movement and dreamlike quality of his photographs. Resembling the waves of the ever-changing aurora borealis, his photographic art taps into beautiful, alluring and, at times, foreboding worlds.

A: In Issue 91 of Aesthetica, we displayed Cinderella 0220 from the Ballet series. What is the inspiration behind the series?
LC: The story of Cinderella includes transformation and metamorphosis. I love that. I bought a tutu for my model that included battery-powered LEDs so we could switch them on and off during the photo shoot. I photographed at dusk and in the evening. It was incredible to switch the LEDs on at night and see the costume and dancer transform.

A: What is the technical process behind an image such as Cinderella 0220?
LC: I photograph the dancers digitally, normally with a Nikon Z6 mirrorless camera, in case anyone cares about the technical details. The Z6 allows me to shoot rapidly. Shoot loosely and then edit tightly!

I work with the dancers to edit the first cut. I always let them eliminate the images in which they may be unhappy with their form. That’s how I create great working relationships with my dancer models. Then I edit the second cut for the best images to manipulate. I manipulate the images via an analogue process. I do not use Adobe Photoshop to create the distortion and blur. It’s my trade secret, and I always have a fun time talking to people about the possible ways I may have created the effects.

A: Who is the subject in the Polynesian series?
LC: I captured the first images of Hawaiian hula dancers in collaboration with a hula school (Hālau in Hawaiian) in Honolulu. Literally, the word means “a branch from which many leaves grow.” I have relatives in Hawaii and travel there frequently, so photographing hula dancers was natural.

A: You live in Southern California – does the location and environment inspire your work?
LC: I grew up under the influence of a chemist father who was also an amateur photographer, my painter mother and the fertile artistic “left coast” environment of Southern California. Since I photograph exclusively outdoors on location, it doesn’t hurt that San Diego has some of the best weather in the USA.

A: You’ve noted that your quest is to “capture in two dimensions what really exists in four.” What drives this quest? Do you think you have achieved it or is there more to do and explore?
LC: I enjoy the art of dance. I want to capture the movement and emotion of the dancers which is difficult to do in a two dimensional medium. We often see images of dancers frozen in time. I hope my images give the viewer the feeling of experiencing a performance through time.

A: A number of your prints are featured in the permanent collection of the National Museum of Dance in New York. Are there some pieces in the collection by other artists that inspire you?
LC: The National Museum of Dance may not have any photos from Kenn Duncan in their permanent archive, but the museum did exhibit his work in 2009. Duncan’s complete archive was acquired by the New York Public Library for the Performing Arts. I really enjoy his work.

A: How do you think your work will evolve in 2020?
LC: I am working on images of a New Zealand Maori poi dancer right now.  This is the first time my work has included props (the poi ball). It will be interesting to see how the interaction of dancer and object will shape the feeling of the imagery.

A: Where can we see your work in 2020?
LC: Possibly in Los Angeles. I have collaborated with a gallery in Hollywood in the past and am exploring options to work with them again in 2020 in their new Beverly Hills location.

The work of Lance Chang appears in the Artists’ Directory in Issue 91 of Aesthetica. Click here to visit our online shop. 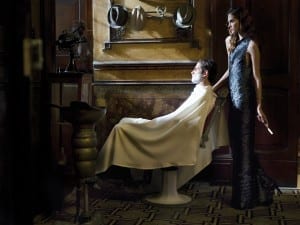 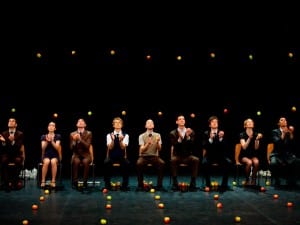 Sean Gandini brings a unique approach to juggling with Smashed, an homage to Pina Bausch and the mathematics of dance, featuring four crockery sets, nine performers and 80 apples. 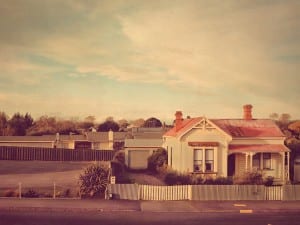