Mortality: Death and the Imagination, Manchester 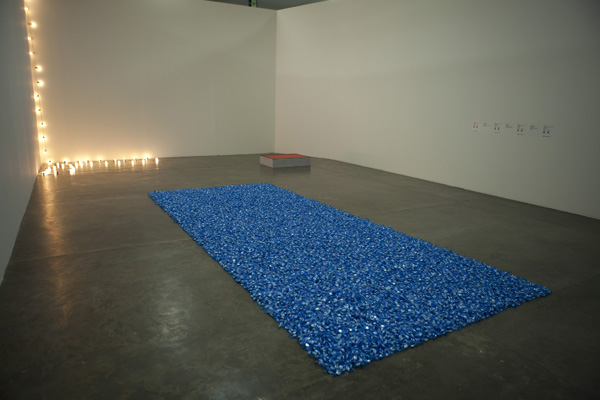 Reflecting upon death, Mortality: Death and the Imagination exhibits works by Ian Breakwell, Felix Gonzalez-Torres, Douglas Gordon, Julian Opie Cornelia Parker, Bob and Roberta Smith and Sam Taylor Wood. Opening on 8 July and running until 16 August at the Holden Gallery, Manchester, the presentation avoids dealing with the subject simply with metaphors and focuses upon the ways in which death appears (or is obscured) through the midst of life. The diverse responses to the theme documents the development of perceptions and attitudes, as well as the ways in which death and dying are often kept at a convenient distance. The way societies deal with death is symptomatic of cultural and political attitudes.

The works featured in Mortality: Death and the Imagination all explore issues beyond the surface level; examining the degrees of separation between thought, experience and imagination. Approaching the subject in different ways, all of them have a sense of consequence. Douglas Gordon questions the very notion of scientific authenticity and its changing relationship with time (what appears as fact in one period, can become farce in another). Cornelia Parker explores societies obsession with objects of potential significance and the fluid line between the momentous and the banal. Bob and Roberta Smith looks at mortality through more everyday means, the diary as a personal space in which to document and record. Julian Opie takes the iconography of the graveyard and transposes it to the space of the gallery. For Felix Gonzalez-Torres the idea of the placebo is developed through a work in which the viewer can take sweets from the floor of the gallery, reflecting on the ease with which we are often pacified by very little. Ian Breakwell’s work seems to emerge from the midst of mortality, asking awkward questions as to how we approach our own existence and inevitable demise. Whereas, for Sam Taylor-Wood, the process of life and death is presented through the continuous loop of the decaying still life. 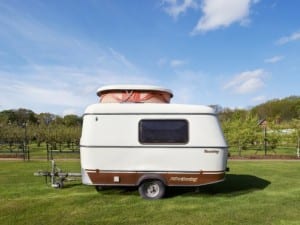 The human urge to reach for the impossible and aeronautical innovation are the twin sources of inspiration behind Flights of Fancy, Tatton Park’s third biennial of contemporary art. 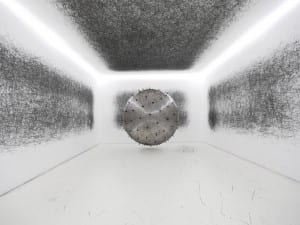 Review: ExtraORDINARY at The Lowry, Manchester

ExtraORDINARY at The Lowry, Manchester, explores everyday objects and actions in contemporary art, and will allow visitors to interact and contribute to the fabric of this engaging exhibition.

David Wightman’s first exposure to art was via Manchester Art Gallery where he became captivated by the pre-Raphaelite collection and worlds of William Holman-Hunt and John Waterhouse.