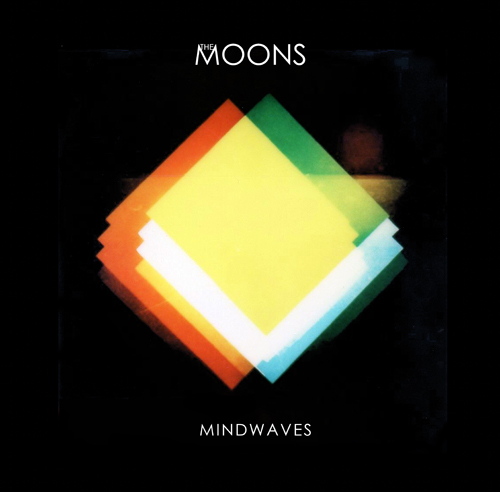 The Moons’ Mindwaves sees the Northampton foursome dive headfirst into rock ‘n’ roll’s dressing-up box in pursuit of the quintessential pop song. From the clean-cut Ray Davies power chords of Heart And Soul  to the six-minute On the Moon, the album borrows from the golden era of songwriting to craft its own brand of sharp-suited – and distinctly British – rebellion.

Though it’s often hard to pinpoint a cohesive sound among this mishmash of influences, the band carries through a relentless energy till the last. Singer Andy Crofts’ vocals roar on Society and this pace builds to a brooding Orwellian gallop on Body Snatchers. In turn, Vertigo, delivers B-movie horror with razor-sharp harmonies and drummer Ben Gordelier’s pounding tom-toms.

Mindwaves is a big departure from the fuzzy groove of debut Life on Earth and the acoustic sensibilities of Fables of History. While the latter sought magic from Larkin-esque banality, Here, with a theatrical flamboyance, The Moons deliver kohl-eyed revivalism with a knowing wink: ambition suits them well. www.themoons.co.uk.