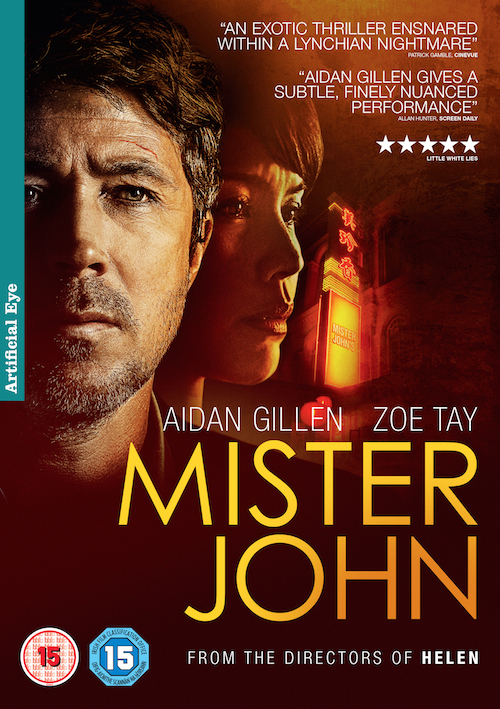 This portrait of a man drowning is balanced by an opening shot of a drowned man. The two individuals – living and dead – are brothers. And with the death of one comes the rebirth of the other. Aidan Gillen is Gerry, called to Singapore following the mysterious death of his sibling, John. Leaving behind his own domestic travails he steps into those of his departed brother. What’s more, he steps into the deceased’s life and experiences – a willing doppelgänger who assumes aspects of John’s character and takes on his responsibilities and secrets.

This is a subtle, slow-moving piece given weight and depth by Gillen, an Irish chameleon who never repeats himself on film. In Mister John he straddles two worlds – the one he knows and wishes to leave behind and an alternative existence occupied by someone he once knew, but no more. Truly he is a stranger in a strange land.

Presented against the unsavoury underbelly of Singapore’s sex trade and layered with scenes that set eroticism against the cold business, this modest thriller rewards the patient viewer.