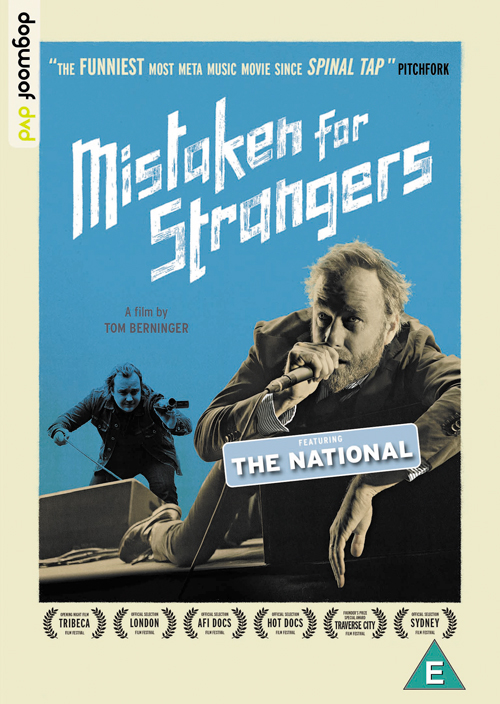 Mistaken for Strangers is not a conventional band-on-tour film. It is as much about the relationship between two brothers as it is about The National. Directed by Tom Berninger, the younger brother of The National’s frontman Matt Berninger, the personal and charming film blurs the lines between documentary and home video.

With nine years between them, the Berninger brothers couldn’t be more different. In a bid to involve Tom in his life, Matt invites him on tour as a roadie. Although he has official duties, the younger Berninger sets about shooting every second of the trip, poking his camcorder in everywhere. His haphazard approach to production creates a beautifully honest documentary that captures the tricky process of creating a successful film and the struggles and joys of brotherhood.

Although Matt Berninger is an interesting subject, the real hero of the piece is Tom as he comes to understand his own individual value in life, even though he exists in the shadow of an extremely talented and famous elder brother.