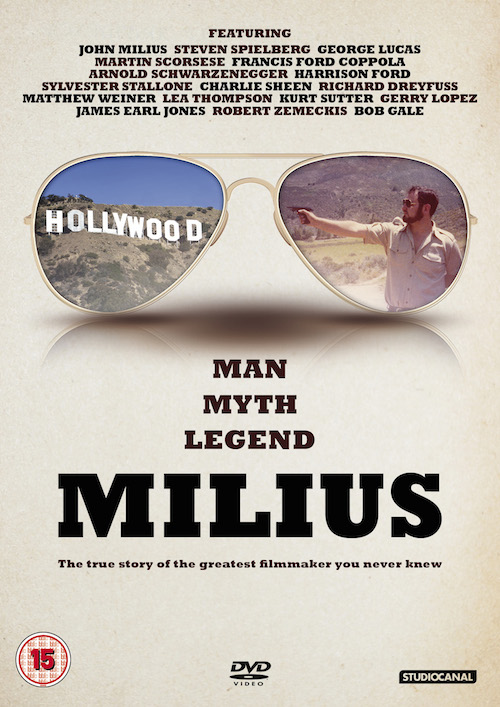 As the figure who came to define an era of filmmaking, Milius is credited with writing some of the best-known lines in cinema history. Knutson and Figueroa’s larger-than-life documentary charts the Apocalypse Now  writer’s tumultuous career: his meteoric rise to the ranks of Hollywood’s A-list in the 1970s, and his later plunge into obscurity. In this cautionary tale, Milius emerges as the film’s antihero: a maverick in sync with his on-screen characters, yet recklessly at odds with the political zeitgeist of liberal America.

Although, a little rough around the edges and lacking a conjugative narrative thread, Milius is held together by its stellar cast, which includes Lucas, Spielberg and Schwarzenegger. Testament to the lasting loyalty Milius commands, the defining image of this transformative film suggests not a gun-toting National Rifle Association outlaw, but a unique and misunderstood cinematic talent.