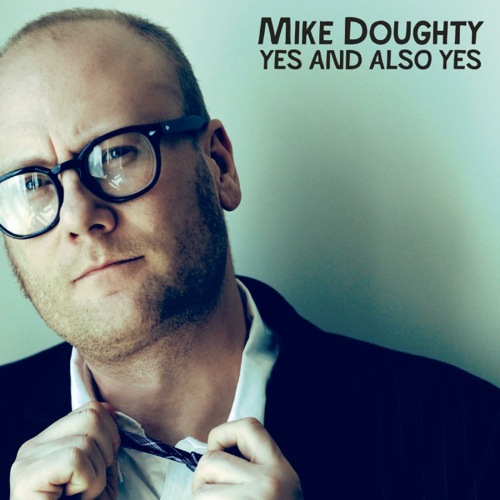 Yes and Also Yes is the fourth album from New Yorker and former Soul Coughing front man, Mike Doughty. It’s an album that’s easy to listen to – Doughty’s lyrics and vocals are colourful. His signature blend of sounds and genres is more present in this album. Known for merging indie, folk, rock, Americana and blues, Doughty creates an overall listening experience.

Throughout Yes and Also Yes are songs that are sometimes rapped and others that resonate with Bruce Springsteen, almost recalling a different time. Recorded in Koreatown, Manhattan, and featuring Thomas Bartlett (Doveman), who has played with Anthony and the Johnsons, David Byrne and Yoko Ono, Doughty has created an album diverse in its content, specific in meaning, but mainstream enough to capture mass appeal.

Opening with Na Na Nothing and moving into the uncanny with Into the Un (rejected for the Twilight soundtrack) before reaching Holiday, recoded with Rosanne Cash, Yes and Also Yes becomes an album that maintains your interest and keeps you listening. www.mikedoughty.com