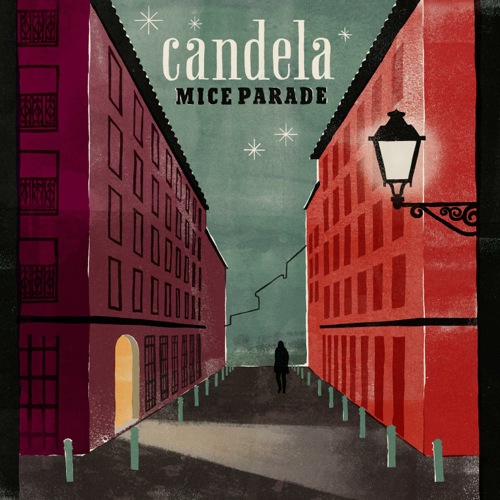 Led by New York-based Adam Pierce, Mice Parade releases its seventh album in its second decade of existence. Adding and subtracting members of the band along the way, with Pierce as the centrepiece, Mice Parade’s new full-length album is a stylistically consistent, but subtly varied, body of work.

Named after a bar in Madrid, noted to be a haven for flamenco, Candela is strongest where it references tight, Spanish guitar-laden anguish. The opener, Listen Hear…, is full of space and sandwiched between layers of reverb, while the title track sees a notable change of pace, with locked in drums and crisp twangs of guitar.

However, Candela is stifled in some of the clean nature of its recording. The grittier sections of the album are where it seems most at ease. The instrumental whirling of Look See Dream Me, with its wind chime bells and splashes of synth, lifts listeners to a walk on a seaside promenade, and the split vocals and sweet female lead on Currents provide an excellent respite to the male crooning. www.miceparade.bandcamp.com.