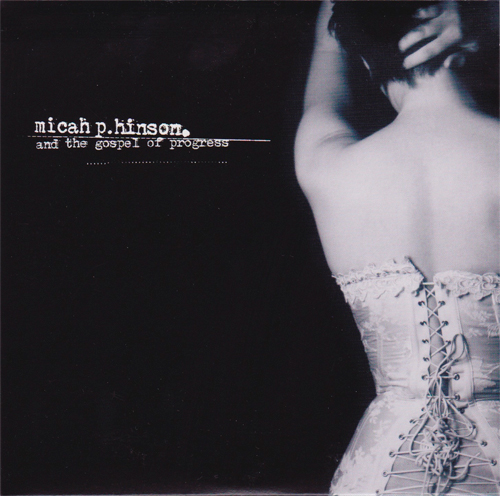 Micah P. Hinson and the Gospel of Progress

Ten years after its release, Micah P. Hinson’s critically acclaimed debut sees its reissue via French label Talitres. Though much has changed for the Texan singer-songwriter, still recovering from a near-fatal car accident in 2011, these 14 songs have weathered the passing years with their bittersweet grandeur and blistering honesty.

The product of a difficult past marred by drugs, jail and homelessness, The Gospel of Progress unfolds as a southern-tinged exorcism ringing with heartbreak. On Don’t You, a 4am belter cluttered with galloping snare drum and honky-tonk keys, Hinson wails “Don’t you forget about me” until words – and meaning – come loose.

This emotional intensity builds on gospel ballad The Day Texas Sank to the Bottom of the Sea and finally erupts in Patience, a collision of gravely, slurred vocals with Glam-era piano and guitar. Wandering somewhere between Johnny Cash and Death Cab for Cutie, this may be a soundtrack to abandonment and loss, but its staying power speaks for itself. www.micahphinson.com.