Don’t be fooled. The work of Thomas Demand (b. 1964) may, at first glance, appear to show empty mundane-seeming interiors. In fact, these are highly politically charged locations painstakingly re-staged in paper and cardboard. Room (Zimmer) (1996), for example, is inspired by photographs of the hotel room where Scientology founder L.Ron Hubbard developed his theory of Dianetics, whilst Kitchen (2004) is based on shots taken by soldiers of the compound in Tikrit where Saddam Hussein was captured. Once Demand has captured these impressively realistic sets with his large format camera, he destroys them.

In his latest exhibition at the Spanish contemporary arts venue Centro Botín, however, the Berlin and LA-based artist takes this further, creating an entire cityscape. Eight architectural paper constructions are suspended from the ceiling, some decorated with wallpaper crafted by the artist, each representing a scene in one of his photographic prints. These include the Beverly Hilton Hotel where Whitney Houston ate her last meal, the control room at Fukushima’s nuclear power plant and the Diamond Princess cruise ship that was stranded at sea when forced to quarantine during the Covid-19 pandemic.

Demand studied sculpture and initially started using photography to document what he was making. From 1993 onwards, however, the image itself became the artwork. Discussion of his practice has often centred on the unreliability of photography as a medium, but it’s also about individual and collective memory. “We all have pictures in our head,” he explained in a 2018 FT interview. “Do we have these pictures in our head already, or do we construct them when we talk about those things? Obviously, we don’t have pictures in our head. It’s always a reconstruction. Hence the method of reconstruction and the odd mistake in my pictures. Because I may remember a thing differently than it really was.”

In the case of Saddam Hussein’s capture or Whitney Houston’s death, these aren’t events that we have experienced first hand. But they are collective memories, absorbed through media discourse, and they can be just as subjective. As the artist told It’s Nice That in 2019: “You can feel that this is a place where either something just happened or something is about to happen. And it’s not about drama, a splatter of blood on the floor, or something like that. But a simple arrangement of objects. We all have pretty much the same objects that we use every day. Saddam Hussein has the same type of stuff in his kitchen as I do.” Like visual ellipses, these are images that lay in wait until someone comes along to fill in the narrative. 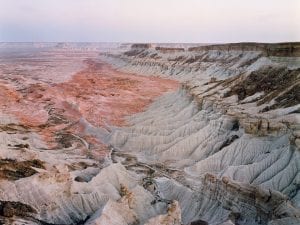 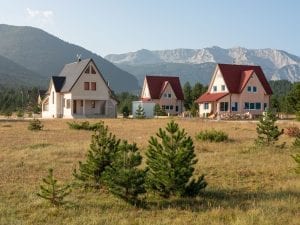 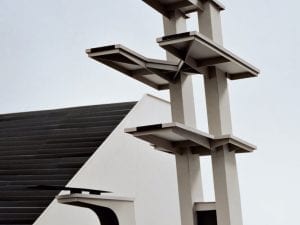 The topic of editing, cropping and filtering, as well as the impact of digital circulation, is addressed in several exhibitions and publications this month.