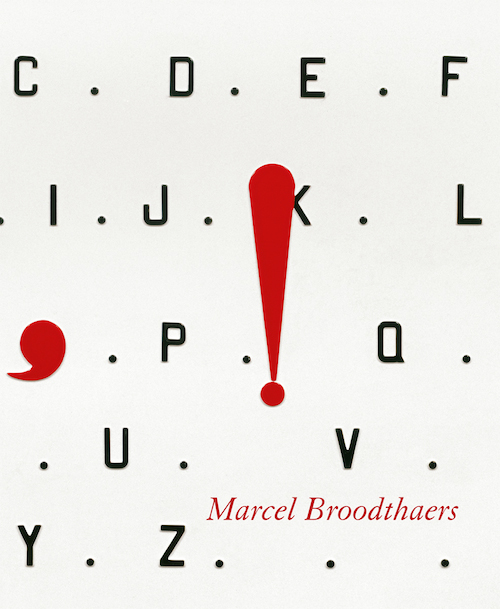 Marcel Broodthaers was born in Brussels in January 1924 and lived there with occasional periods in Paris until the early 1960s. Working as a writer and journalist publishing several collections of poetry, he only decided to become an artist in 1963. With no training, he turned to visual arts as an iconic gesture, placing emphasis on the craftsmanship of his work without any trace of academic technique or dexterity.

Broodthaers maintains a mutual respect between text and image, equally rejecting “art as message” and “art for art’s sake” by once saying: “Art is the art of selling art.” For Broodthaers, art did not have to deliver an objective and he resisted any direct connection between topic and artistic production, particularly of a political sway. Notable in all of his works, images and words frequently interplay and overlap.

In this incredibly authoritative volume, Marie-Puck brings back to life her father’s working photographs and exhibition chronology, undertaking a project that invites viewers to see things from a different angle, suggesting a new interpretation.