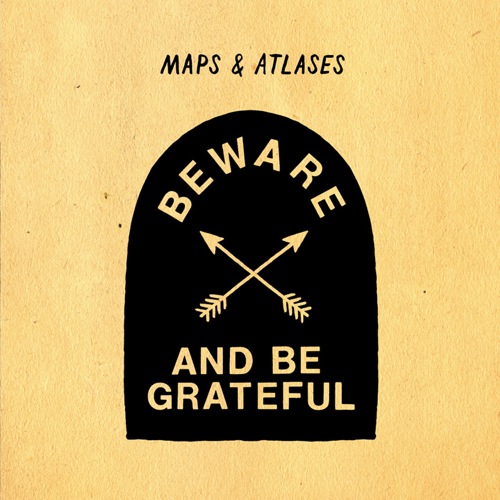 Beware and Be Grateful
Fatcat Records

If you like Kings of Leon, the chances are you’ll love this second album from Chicago quartet Maps & Atlases. Indeed, lead vocalist David Davison possesses so much of the same charisma, command and distinctiveness of tone and pitch as Kings of Leon frontman Caleb Followill that at times, it’s difficult to distinguish between them.

Straddling rock and pop, Beware and Be Grateful gives Davison plenty of space to shine, but it would be unfair to claim that he alone carries the album. Characterised by rich vocal harmonies and textured instrumentals creating an involving sound world, as a whole it’s a bold and dynamic exercise.

While at times repetitious lyrically, the album’s mastery is in throwing so many other surprises at you that you’ll barely notice. Tracks beginning one way suddenly divert halfway through to a whole other plane. This is most striking in Silver Self, which opens with a cappella vocal harmonies, then takes an almost Caribbean turn before its concluding brash guitar solo: one of many refreshing jolts.