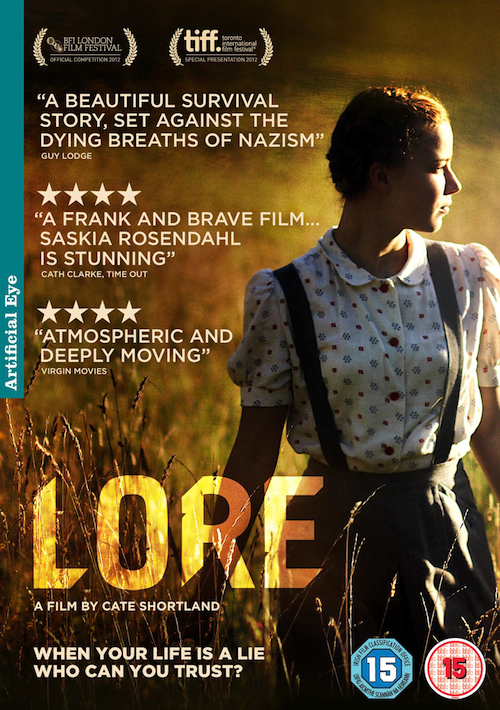 Based in Germany during the spring of 1945, Lore follows a teenage girl of the same name journeying across a land overrun with allies with her four siblings as they battle to the safety of their grandmother’s home 900km away. With their Nazi parents imprisoned, Lore (Saskia Rosendahl) has to face up to the shocking truth of their involvement in the war and reevaluate what she has always known of right and wrong.

The film opens with a game of hopscotch interrupted by an argument between the mother and father, demonstrating war’s ability to destroy the innocence of childhood. This theme punctuates the rest of Lore’s experience as the floral dress that symbolises her previously domesticated life is gradually ruined.

Forced to confront a victim of the Nazi regime through the character of Thomas (Kai-Peter Malina), there is a distinct separation and distrust between all, which is picked up in the awkward camera angles as if an outsider is looking on. A beautiful and painful film, Lore reimagines the coming of age genre through the destruction of war.