Lisa Wright’s The Unversed at Gallery 8, London, Curated by Coates and Scarry 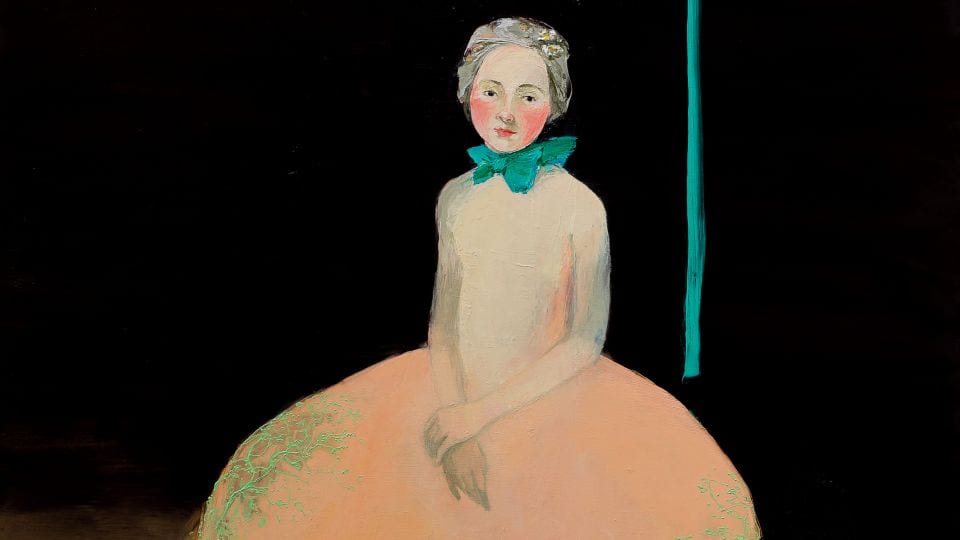 Lisa Wright’s latest body of paintings will be exhibited in her solo show with curatorial duo, Coates and Scarry at Gallery 8, London. The Unversed will show over 30 paintings and drawings by Wright, whose distinctive imagery offers a combination of motifs from historical paintings and modern-day concerns, which act to move the viewer through different periods of time at once. The figures in Wright’s paintings are caught on the brink of adulthood. The figures adopt semi-formal portrait poses that enhance the juxtaposition between their shyness and awkwardness with an increasing defiance. Wright’s work has been selected for the Royal Academy’s Summer Exhibition for the last 22 years. She has also exhibited in the significant Art Now Cornwall at Tate St Ives and won numerous awards, including the National Open Art Prize and the Threadneedle Prize in 2013.  We speak with Wright about her latest exhibition.

A: The Unversed combines a historical style of painting with modern and more expressive visual elements. What effect were you attempting to achieve with these bolder marks?
LW: These paintings are a natural development of my accumulated visual language and are informed by many years of looking at historical painting. They combine elements of fluid gestural mark-making with the rigour and discipline of drawing. It has always been important to me that the work has “pacing”, so that the eye can be satisfied not solely from the impact of colour or form, but rewarded further on closer and continued examination.

A: What was your motivation behind depicting children in this historical context?
LW: For a good number of years my work has been concerned with various aspects of childhood. In these recent paintings I am exploring universal historical threads: ideas that talk of the complexities of adolescence, which have remained remarkably unchanged across the centuries, despite the ephemeral nature of this stage of life.

A: The gaze of each figure is very direct and confrontational. What is the intended impact of this?
LW: The complexity of puberty heightens everything. As these figures hover on the brink of adulthood in the curiously heightened state of adolescence, they reveal a range of emotional states to the viewer, perhaps even drawing on the viewer’s own history.

A: What is it about the relationship between the historical and the modern that interests you and why do you think that this is worthy of exploration?
LW: The past and the present are constantly interwoven; I am intrigued by those cross over points where time dissolves and universal truths emerge. The various forms of costume in historical painting offer rich visual reference both in abstract terms – the shapes and forms, and also in their importance in defining gender, challenging norms and beginning to self-identify to the outside world. These are contemporary obsessions, and by using these ancient codifiers I can visually explore these timeless, universal themes.

Credits
1. Lisa Wright, Flesh Dress, 2015. Courtesy of the artist and Coates and Scarry. 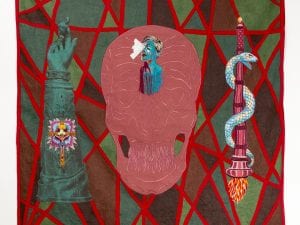 Young British artist Henry Hussey contributes to contemporary textile art with his unique use of fabric to reflect on his complex personal relations. 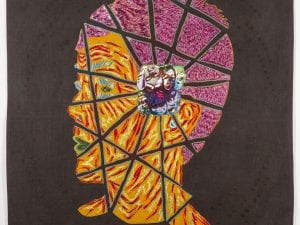 Henry Hussey’s deeply personal work draws its power from a willingness to engage with sacred elements including family, love, politics, death, and memory at his show, Reliquaries, at Gallery 8. 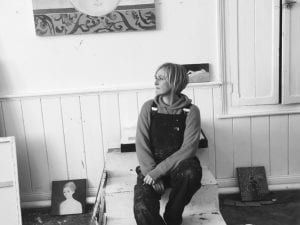 Lisa Wright’s paintings are conceived with a mix of historical knowledge and discipline with drawing. We speak to the artist about her the processes behind her works and compositional intentions.