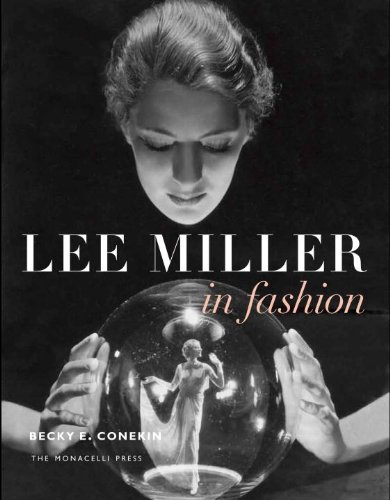 Described by Life photographer David E. Scherman as the nearest thing he’d ever seen to a “renaissance woman”, Lee Miller defied expectations by balancing a career as a model and an incredibly talented photographer. Accidently falling into the arms of Condé Nast after a near car crash in New York, Miller’s career at Vogue  was launched at the young age of 19. It was her great beauty, however, that stunted her artistic growth, and her striking features encouraged others to place her in front of the camera rather than allowing her into her preferred position behind it.

Although highly influential as a fashion model during her lifetime, she has previously received little recognition for her expert ability to capture both artistic Vogue  covers and sensitive subjects such as the liberation of the Dachau and Buchenwald concentration camps. Refusing to fit into definition in her lifetime, Conekin’s beautifully constructed photographic book does little to categorise her in her death. Instead the collection reflects Miller’s multifaceted career and demonstrates why she remains so relevant and important today.