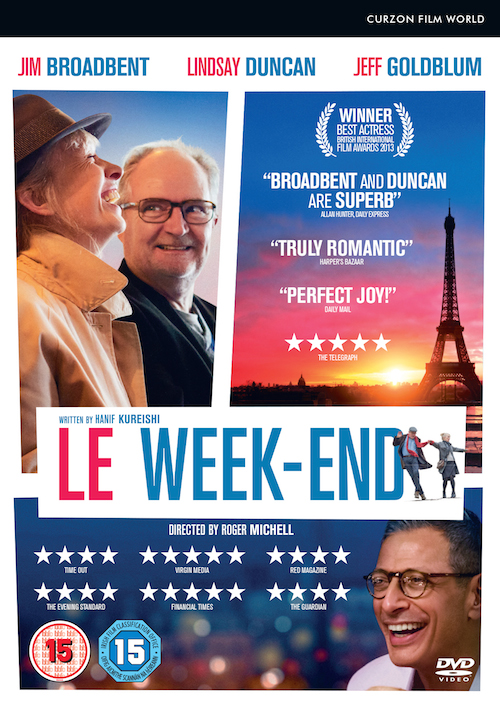 Two lost souls seek a light at the end of the long tunnel called marriage and hope to find it on a romantic weekend in Paris. What they discover and experience instead is humiliation, irritation, under-appreciation, long-held suspicions, regret, ennui and self-loathing.

Jim Broadbent and Lindsay Duncan are the tired pedagogues looking to somehow recapture the magic of the dim and distant past. However, this is not a nostalgia trip. Instead, they constantly scratch away at each other’s inadequacies and their own sense of failure as they attempt to break through the crust of their dormant passion.

Broadbent and Duncan as Nick and Meg are perfectly matched as the once-free spirits now constrained by academic officialdom, indolent children and a sense of unfulfilled ambition. However, the film’s high point is the appearance of Jeff Goldblum as an old friend whose understanding of his own sense of worth makes the bickering duo recognise the value in theirs. Le Week-End  packs few surprises but at its heart throws up many heartfelt truisms.