A new online art project has launched today on www.antipodes.uk.com alongside a photographic exhibition at Spacex from 18 May. British artist Layla Curtis’ Antipodes is an online and photographic project which pairs webcam images from places on opposite sides of the globe. Curtis’ work has a focus on mapping and the ways we represent terrain and locate ourselves and our movements through space.

Although Australia, despite our colloquial name for it, is not directly ‘down under’ from Britain, and the other side of the world from us, like much of the planet, is actually sea, the four per cent of the earth’s surface in which land is antipodal to land offers rich terrain for interesting parallels and correspondences. As far away from each other as it is possible to be, their day-for- night, summer/winter contrasts palpable, often extreme, these distant ‘twins’ (Spain/ New Zealand, Hawaii/Botswana, Paraguay/Taiwan, Porto Alegre, Brazil/Nagasaki, Japan) frequently possess surprising affinities. Having researched multiple webcam sources from myriad international locations, Curtis revels in drawing out these points of connection: the smouldering volcano of Mt Merapi in Indonesia echoed by the snow-capped summit of Pico Bolivar half a world away in Venezuela. Like mirror images, the key elements of the picture may be the other way round but their inherent similarities are undeniable. A series of photographic diptychs, distilled from the stream of webcam footage, press the point home: highlighting both the distance and the difference between us, but also how online communications and digital technology bring us closer together.

On show at Spacex is also Curtis’ Tong Tana, where she explores the elemental desire to understand environments. She spent four weeks in the rainforests of Borneo with the semi-nomadic Penan, one of the last surviving hunter-gatherer tribes in South-East Asia, and known masters of tracking and hunting. By placing a head mounted camera and binaural microphones on one of the hunters as he makes solitary journeys through traditional hunting grounds with his handmade poison-arrow blowpipe, Curtis captures his journey in a way that would otherwise be unachievable. The viewer adopts the position of the hunter within the gallery space, experiencing a heightened sensory adventure. Tong Tana includes maps drawn by the Penan hunter that plot his route through the rainforest. 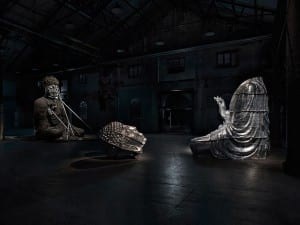 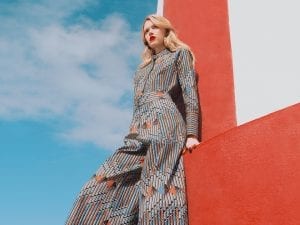 Sisters Sally Ann and Emily May Gunawan return to Aesthetica with a shoot inspired by the Australian landscape and Pacific Ocean. 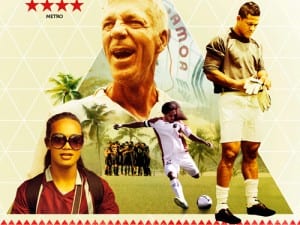 American Samoa is known in footballing history for losing 31-0 to Australia, but they believe that one day they will not only score but also win a match.