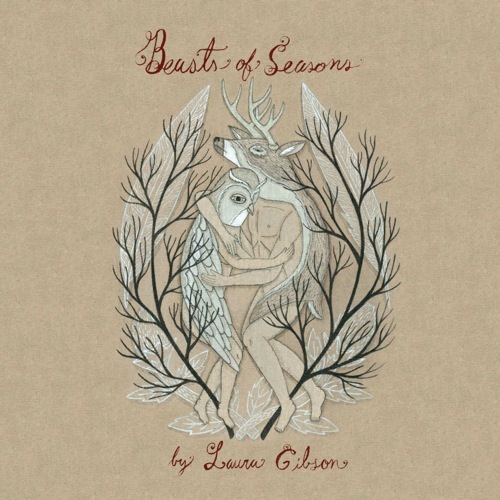 Portland-based Laura Gibson’s first full-length album for UK release is immediately arresting. Her beautiful musings on love, life and death are simple layers of guitar picking and soft, haunting vocals. Produced by Tucker Martine of The Decemberists and aided by friends including Rachel Blumberg of Bright Eyes, Gibson is in good company. However, it is clear that Beasts of Seasons is entirely personal, as the songs are full of sharp lyrical observations about the human condition.

The more upbeat Spirited makes a stunning contrast to the more meditative Come By Storm with its rumbling string accompaniment. The album opener Shadows On Parade features the sounds of a real parade that happened to be passing at the time of recording, which gives a taste of Gibson’s quirky vision for this album.

When listening to Beasts of Seasons, you get the feeling that whether she is happy or not, she is not unhappy about it. Enjoy this album with a delicious melancholy and revel in it.