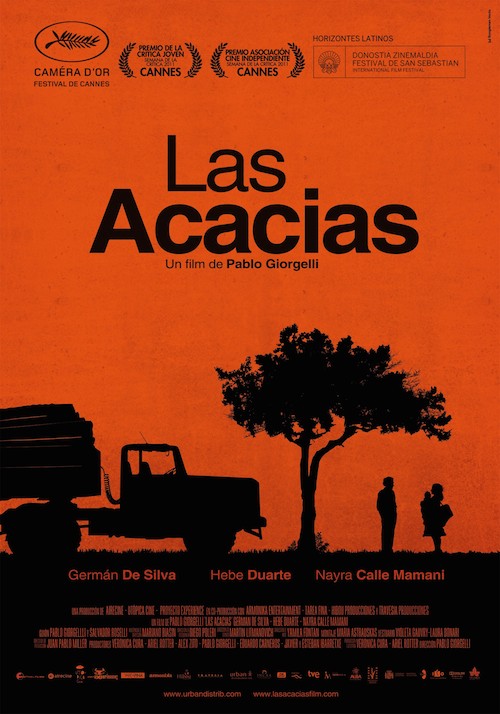 Las Acacias is a gentle little slow burner, which incredibly, marks Argentinian Pablo Giorgelli’s directorial debut. More of a human story than a “road movie” as such, it invites the viewer to join lorry driver Rubén (Germán de Silva) as he drives single mother Jacinta (Hebe Duarte) and her baby from Paraguay to Buenos Aires.

Initially, it’s an uncomfortable journey to accompany them on: she’s wary but determined to find work; he’s a loner – gruff and resigned to life on the road. However, as these two erstwhile strangers gradually adjust to one another, there are some genuinely touching moments, and the film employs silence to brilliant effect, with long dialogue-free sequences communicating far more than words could ever say.

There’s some excellent camerawork too, showing Jacinta and Rubén literally through each other’s eyes and locating the viewer directly within their confined lorry cab. Bravely and impressively understated, it’s easy to see why Las Acacias won a host of prestigious awards, and Giorgelli’s next offering will surely be awaited with great interest.