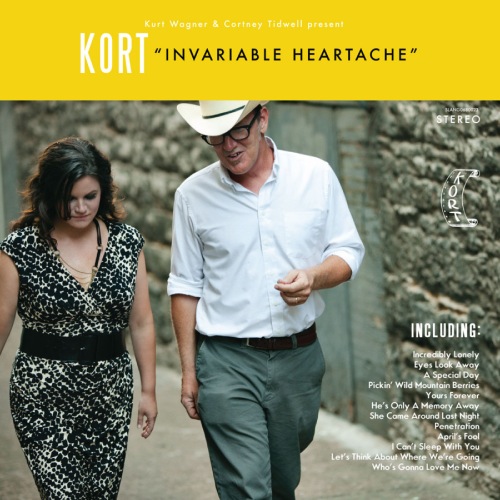 Kort is Lambchop’s Kurt Wagner and Cortney Tidwell, so from the get-go this album sparks interest. Cortney Tidwell is well known in the world of country; her family have played a significant role in Nashville’s music industry. Both artists have become disenchanted with clichés of the treatment of country music.

Country music isn’t the most popular genre, at least not in these parts, but it’s absolutely necessary to approach it with an open mind – think Johnny Cash, Patsy Cline and the Grand Ole Opry. More recently singers like Caitlin Rose are updating the genre and popularising it, so for this album Wagner and Tidwell have taken 12 country classics from 1968 to 1975 and remade them with passion and charisma. The sound is vinyl-like; you can almost hear the needle, but it was Wagner and Tidwell’s intention to bring these gems into the 21st century, completing a project with heart and soul.

It’s an album that grows on you, particularly if country isn’t your thing, but with atmospheric melodies that ache with tenderness, each song has its merit. www.kort.cd.