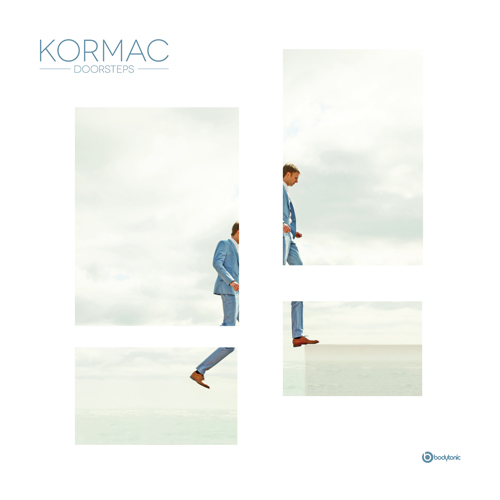 Any album with Micah P Hinson is already an enticing prospect. To find him working with an instrumental, hip-hop-aligned producer merely pushes that excitement into overdrive. Here, Dublin-based artist Kormac releases his sophomore album, and achieves both cinematic and genre-hopping intrigue.

Sublime pianos and haunting, extraterrestrial cello prove a brilliant base for singer Vyvienne Long on Drown Me, but in other songs pro- grammed drums upset what is otherwise organic.

At its best Doorsteps smacks of Unkle’s seminal Psyence Fiction album, with DJ Shadow drum breaks and fiery, breathless emotion. At its worst, it sticks to the clichés of a semi-committed hip-hop album, with forced scratching and collaborations or ideas that don’t quite gel. This is seen particularly in Connect, which sticks out with its full-on drum ‘n’ bass, compared to the earthy tones of earlier. The subtleties of Kormac’s production definitely shine here and a full album of that would be closer to the masterpiece of the aforementioned Unkle. www.djkormac.com.