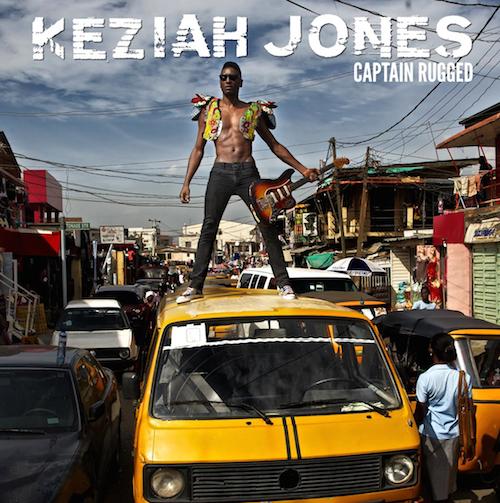 Keziah Jones wants to be Fela Kuti. The Nigerian singer has enough talent to save Captain Rugged from the knacker’s yard, but there’s no escaping the fact that he’s doing this under Fela’s enormous and unaviodable shadow.

We rather like the genre name Jones has cooked up to define his music: blufunk. It combines punk, funk and Yoruba rhythms to form a reasonably enticing mix. The album certainly has plenty to like: the sleazy groove of Hypothetical, the easy rhythms of Laughter, the simple pleasures of the closing track Praise. Overall, it can’t be denied that the album is reasonably good stuff.

However, the problem is, there is nothing here that makes Jones really stand out. It’s good, competent, well-produced music, but with the talent Jones has, Captain Rugged  should have wowed listeners. Coming after Fela and the other important giants of Nigerian music, it burps and bleats where it should roar and snort. It’s still an interesting experience though, screaming the words “shut up!” at our speakers, as we did during the song Utopia.
www.keziahjones.biz.