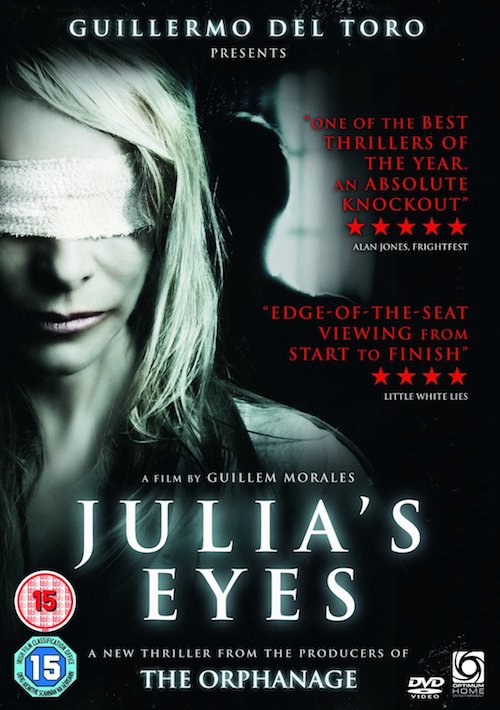 If the psychological thriller is your genre of choice, you’ll be wanting to add Julia’s Eyes to your collection. Dark and genuinely disturbing, it’s also as classy and captivating as you’d expect from a film produced by Guillermo del Toro (Pan’s Labyrinth).

Julia (Belén Rueda) suffers from a degenerative eye disease which will ultimately result in blindness. When she discovers her sister – another sufferer – dead, it’s a race against time to prove she didn’t commit suicide and discover what really happened. As Julia’s sight gradually begins to fail, clever “point-of-view” shooting shows us the world literally through her eyes, and every so often we catch an ominous glimpse of someone lurking in the shadows.

The sense of threat is palpable throughout, and much of this is due to a superb central performance from Rueda. Previously seen in a similarly tormented role in The Orphanage, she’s the best actress you’ve probably never heard of, and does an excellent line in vulnerability. You’ll find it uncomfortable at times, but that’s exactly what makes it effective, and unmissable.