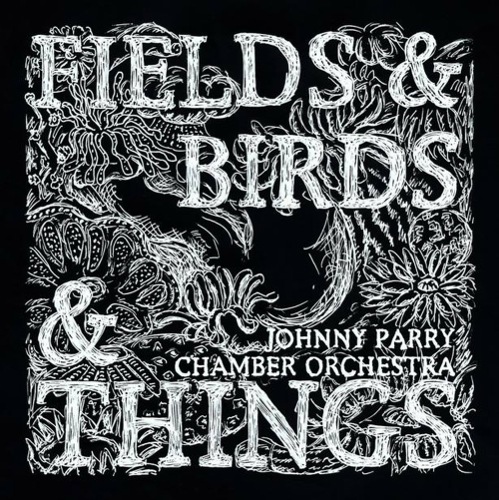 Johnny Parry is the founder of Lost Toys Records and has played with a number of acclaimed musicians including Beth Orton and Talvin Singh, as well as Turner Prize winning artist Martin Creed. Here he performs with a 30-piece collective of musicians as the now solidified Johnny Parry Chamber Orchestra.

Parry and his orchestra also perform live to a backdrop of films made by Parry and artist Andy Holden, and there is something distinctly cinematic about Fields & Birds & Things. The tracks are slow and driving, with a shimmering intensity and a rhythmic quality that is almost religious.

Religion seems to be a theme, with tracks entitled Little Prayer No. 14 and God Still Loves Me, but it is the heavy, harmonious religion of the American South, evocative of O Brother, Where Art Thou? that draws on the same dense musicality. Overlaid vocals and thick harmonies combine to deliver a powerful and unique album, replete with drama. Quite specific, but a vibrant piece of work.