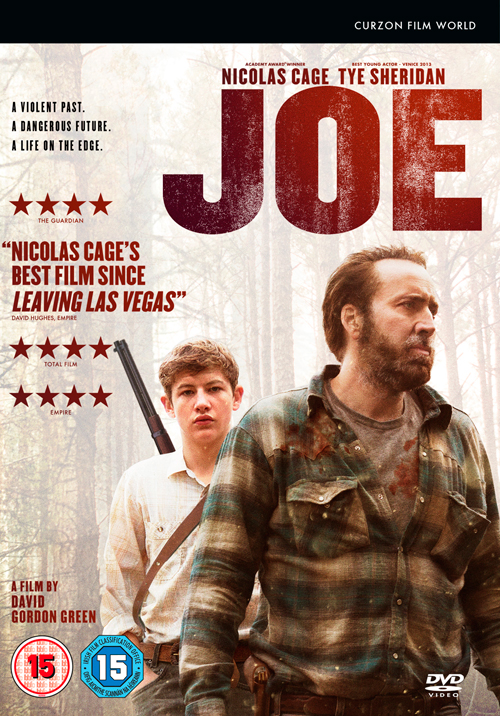 In this adaptation of the Larry Brown novel, Nicolas Cage plays Joe Ransom, an abrasive ex-con who drinks heavily but also possesses values of loyalty and decency. Set amidst Texas woodland, Joe manages a crew of tree poisoners, the rural setting providing the perfect backdrop for this richly engaging tale.

The film develops around the evolution of characters and moods. Central to the story, Joe bonds with Gary (Tye Sheridan), a 15-year-old boy from a broken family with an alcoholic and violent father, Wade, played by Gary Poulter, a homeless man recruited specifically for this film. Joe is protective and compassionate towards Gary, which infuriates Wade and is the catalyst for a series of incidents between them.

Joe is an intensely moving drama, striking the perfect balance between aggression and resignation throughout. Director David Gordon Green has worked his magic in portraying a cruel world and exposing the weaknesses of human nature whilst Cage turns in a masterful performance, possibly the best of his career.