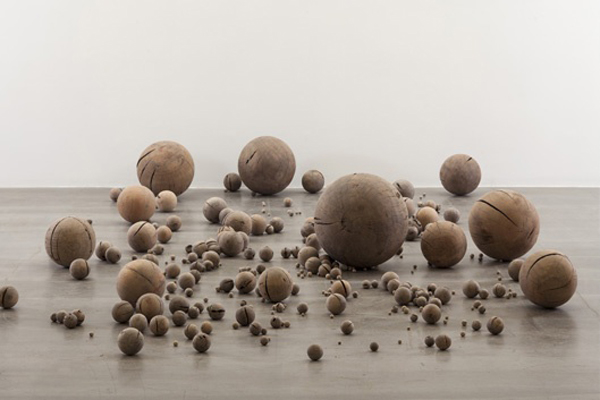 Palais de Tokyo, Paris, continues to enhance it’s international agenda with Inside China – L’intérieur du Géant, running alongside the major exhibition, Inside, and opening 20 October. Curator, Jo-ey Tang, traveled across China and Southeast Asia to select five Chinese artists to be presented alongside three French artists including the renowned Nadar. Tang speaks to Aesthetica about the outstanding creatives he found and the origins of the project.

A: Please can you explain the idea behind Inside China?
JT: Inside China – L’intérieur du Géant is a group exhibition that looks at five exciting artists from China today, in dialogue with three French artists. It is also named after a 1863 photograph by Nadar. This enigmatic image shows the expanding interior of the hot air balloon called Le Géant (The Giant), that Nadar had used to take some of the earliest aerial photographs. It resembles an aerial view of an unknown space. Think of it as a viewing device that could instigate change and movement in perception and consciousness; as a signal that what we seek might not be found externally but originate from the depths of within. Beginning with Nadar’s image-before-image, the exhibition questions how we view artworks. And with that in mind, we can view the artists and the works in the exhibition in a quite a new light. The exhibition is the first step in a three-year collaboration between Palais de Tokyo and the K11 Art Foundation, with a series of exchanges and presentations of the emerging art scenes in France and China. The aim of the exhibition is to put artworks in a new context, forming new relationships and productive interference. For example, to look closely at the works of Zhao Yao, one must stand within the floor installation by the French artist Renaud Jerez, and a sound piece by Edwin Lo might be heard emerging from the backs of Li Gang’s paintings. In following the structure of the Le Géant, the majority of the works in the exhibition will be hung from the ceiling. One feels unmoored, enlivened, to engage the exhibition physically, perceptually and mentally.

A: Can you talk us through some of the artists involved and why they were selected? What is it about Chinese art that makes it distinctive?
JT: Li Gang, who lives in Beijing and is from Dali in Yunnan Province, confronts the contemporary condition and the rapid development he witnesses in his hometown with traditional craftsmanship. He has made an ink block made from soot siphoned from the exhaust pipes of idling cars and trucks, which he will use to do a large wall mural at Palais de Tokyo. Working with artisans, he has made thick rug-like canvases out of hemp that enlarges the textural grain of the canvases. Each takes about a month to make. On these canvases, he has repainted scenes of abstraction, based on other artists’ paintings or paintings depicting peripheral visions of his studio. These labor-intensive processes, are driven not only by their conceptual rigor, but as a way to produce a different kind of temporality, and to generate new perceptions. Yu Ji is a rare artist who has operated an artist-run space called AM Art Space since 2008 in Shanghai, against the backdrop of commercialisation. A sculptor, she spent years looking at ancient sculptures from China, Cambodia, and India. She brings in life models to her studio and observes them in various poses of bodily limitations. When she or the model gets tired, she then begins to work on her figurative sculptures from memory. At Palais de Tokyo, besides showing these sculptures, Yu Ji will create an on-site floor installation, using a kind of handmade plaster cubes, which she will place and then remove from the floor, as a kind of invisible performance. The Hong Kong-based sound artist Edwin Lo has spent the past six years recording on the oil tanker where his father works as a captain. The interior of the ship, which supplies oil in Hong Kong and the industrial city of Doumen in southern China, becomes an instrument that registers a multitude of sounds, from breaking waves to the drone of mechanical vibrations to snippets of the crew’s conversation. Edwin Lo will use the field recording to score the exhibition, using the three-month duration to set up what he calls “auditory scenes” that will charge the other works in the exhibition.

A: How do the various artists’ practices intersect in this show?
JT: What the artists in the exhibition share is how they use materiality in a way that is both deeply connected to the self and engaged with their surroundings and the world. They achieve shifts of consciousness with temporality and scale as their materials. They dare to look intensely at the periphery of their surroundings; they have immense trust in their own subjectivity, and as a result demand us as viewers to reset our perceptual habits and our systems of knowledge. The immense changes China and its people are experiencing set up conditions for artists that are endlessly fascinating. The artists are negotiating history, instability, overproduction; the stuff of life and of art. Embedding these challenges, they must invent their own position and their own systems of production, to capture and embody humanity, through their very individual mode of existence.

A: Eastern art is certainly gaining more recognition internationally, why do you think it has taken people so long to sit up and notice?
JT: I think people have always been interested in arts from all parts of the world. Certainly the speed of economy, the very active art market in Asia has drawn attention to the East. And it is through this intense interest that Palais de Tokyo will engage with that part of the world in new ways, deepening the knowledge and the exchange of ideas. Institutions have the responsibility to seek out these new connections and trajectories, and as part of its international mission Palais de Tokyo will present many projects in China and Southeast Asia in the coming years.

A: Are there any really exciting artists coming out of China at the moment that we should look out for?
JT: All the artists in the exhibition! Li Gang, Edwin Lo, Wu Hao, Yu Ji, and Zhao Yao. I think we will see more of them for a very long time. There will definitely be more artists from China in the coming years at Palais de Tokyo. In December, there will be an evening screening of Cheng Ran’s video work. His videos will be projected onto the façade of Palais de Tokyo at the opening of the Inside Season during the FIAC week.

A: How does Inside China relate to the main Inside exhibition that is running at the Palais de Tokyo at the same time?
JT: Inside China – L’intérieur du Géant is bookended by two exhibitions in the Inside Season. Inside, a group exhibition curated by Jean de Loisy, Daria de Beauvais, and Katell Jaffrès, is a metaphoric journey that takes the viewers through two levels of Palais de Tokyo, experiencing works that explore the psychological, mental, psychological, and spiritual dimensions of humanity. Chinese artist Hu Xiaoyuan is part of this exhibition. The second exhibition is David Maljković’s solo show, curated by Julien Fronsacq, which explores the effects of time, and pits individual memory against collective imagination. Together, the exhibitions ask us to confront our expectations, our myths, our systems of knowledge and put the faith back onto the viewers. It might be mentally and physically demanding, but hopefully rewarding. 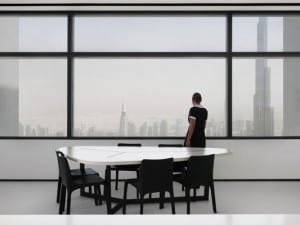 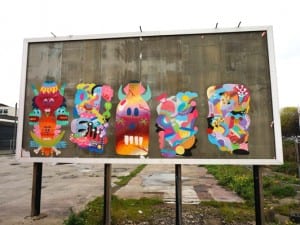 Referred to as the “Olympics of the art world”, Art Basel returns to the Swiss city for its 44th year. With additional events in Miami and Hong Kong, Basel is where it all began for what is the most important art fair organiser in the world. 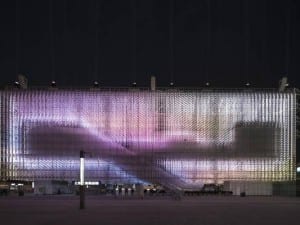