Glaswegian visual artist Jim Lambie (b. 1964) graduated from the Glasgow School of Art in 1994 and has since gained international acclaim, winning the 2005 Turner Prize for the installation Mental Oyster, and exhibiting at Fruitmarket Gallery, Edinburgh, Museum of Fine Arts, Boston and Hishorn Museum and Sculpture Garden, Washington DC, amongst many others.

Electrolux at the Modern Institute, Glasgow, marks Lambie’s sixth solo exhibition with recognisable works and a new collection that questions the role of objects outside of their usual contexts and sets up interesting dialogues about domestic life.

Playing upon both the history of the building and its new widely recognised identity as a culturally relevant location, Lambie fills the entirety of the gallery with seven washing machines. Having originally been used as a wash house, the memories of the space are brought into focus, creating interesting connotations as a conceptual installation as the items are no longer functioning or existing within the semantics of cleaning.

There are interesting deductions to be made from the show, with the value of galleries and the arts industry set against working class industrialism, as well as the notion of authorship: how Lambie takes something ordinary, with a practical function, and turns it into something completely different as a projection of his imagination. Initiating a state of flux, the matte-finish machines are steeped in history whilst simultaneously creating a new presence and therefore, a new identity.

Also included are steel grid structures that serve as a series of cage-like forms resembling shopping baskets, only furthering the icons of quotidian life: buying and selling, eating and cleaning, washing and drying. These notions are set against an intriguing backdrop of further ideas: the non-objects can be passed from person to person, made their own and reconditioned within new, colourful contexts, just as the gallery can be repurposed and cultures redefined.

Jim Lambie: Electrolux is at The Modern Institute, Glasgow, until 21 January. Find out more: www.themoderninstitute.com 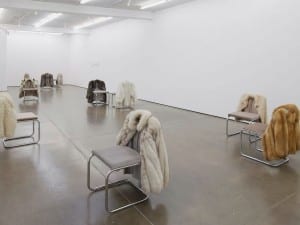 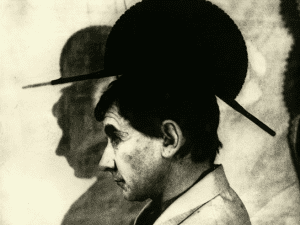 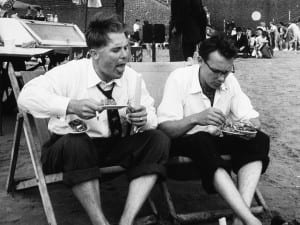